Urban Armor Gear for Samsung Galaxy S3 Review
In this price range this is definitely the best case you can get for your S3. It's also available for S4 & iPhone. It's tough, resistant to falls. After having this case on my phone, my device fell at least 4 times and no scratch so far!
Look & Feel
Toughness & Resistance
Durability
Price
2020-04-17
4.7Overall Score
Reader Rating: (2 Votes)

For those who don’t know, Samsung Galaxy S3 is one of the most delicate gadgets available in the market. Last month I dropped it from less than a feet’s height and its screen broke! I gave it for repairs. This meant an unnecessary repairing cost of 140 dollars. On the same day I began my search for cases which could protect my S3. Seriously, there are thousands of cases available! Just search for Galaxy S3 cases and you’d be flooded with at least thousand options! So definitely I had a tough time choosing a case for my smartphone. Out of all the cases I came across, I liked Urban Armor Gear, Otto Box, Life Proof and the Samsung Flip Cover. I already have the Samsung Flip Cover which couldn’t protect by phone’s screen from breaking so after asking my friends and checking some reviews online, I decided to get an Urban Armor Gear case. It arrived three weeks after I ordered it, may be because I stay in India and the product was shipped from Canada and it goes through several customs checks.

You can find the unboxing video and the review below.

Update: I’ve deleted the video. I’ll be re-uploading a better version of it soon.

Highlighted are some features of Urban Armor Gear case for SGS III.

Urban Armor Gear as the name suggests acts as armor for your smartphone. The case is tough enough to protect your device from falls. The sides and the back (the one which hare colored white, rust, etc.) are made of a hard and tough material. And the top, bottom and the buttons are made of rubber or a material similar to it. 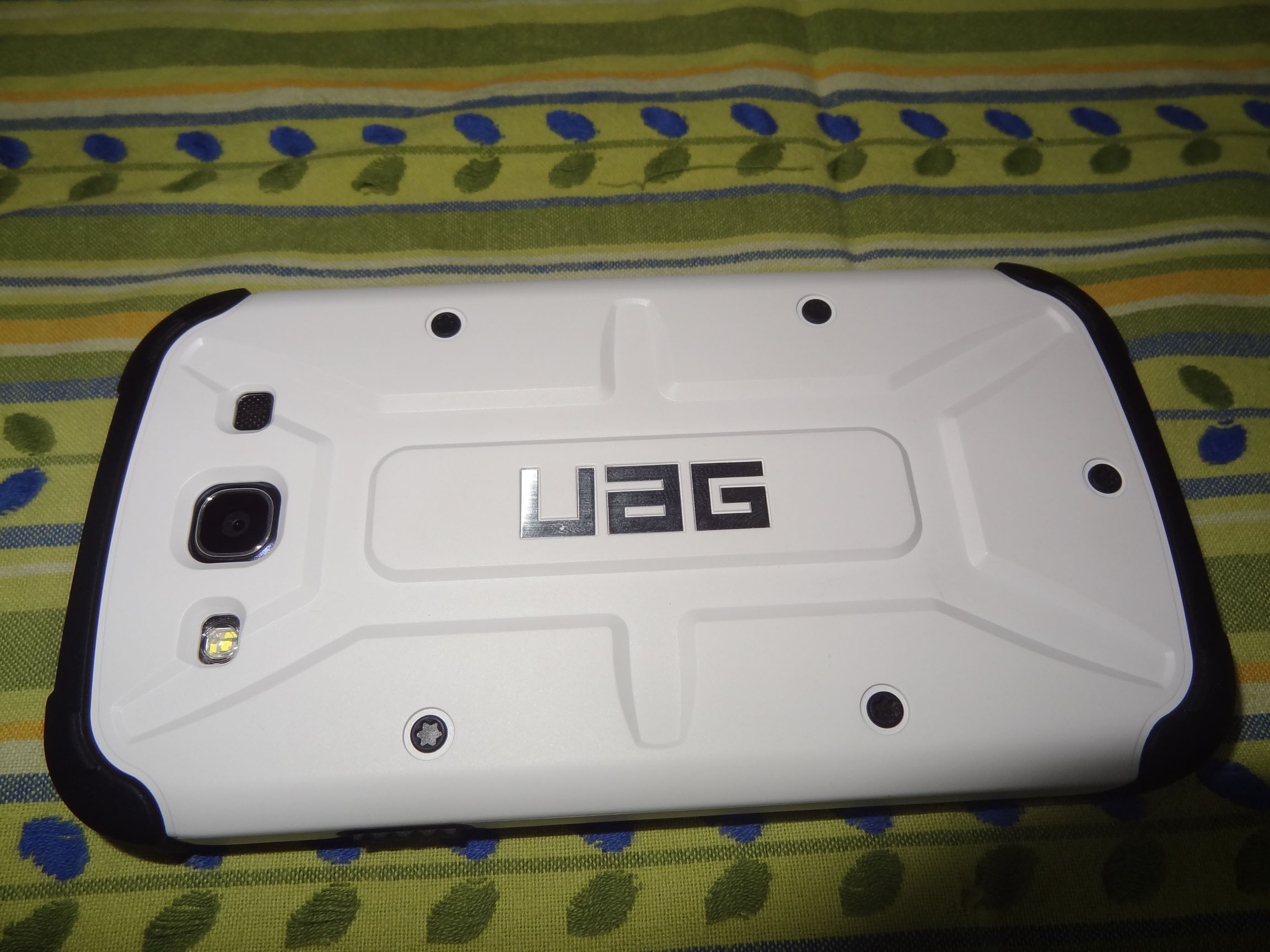 The edges and the corners are made of a material similar to rubber so just in case your device falls, it doesn’t break. The soft edges and corners provide impact resistance and prevent damage.

When you purchase Urban Armor Gear you also get a screen protector with cleaning kit. It doesn’t come for free of course. Its price is included in the thirty four dollars you spend on the case. It comes along with a cleaning kit which comprises of nothing but a cleaning cloth, the one you usually get with spectacles. It cleans your screen well though!

The case has been carved in an excellent way and necessary slots have been provided where necessary. There are slots available at the mic’s, earphone output, USB port, camera lens and LED flash and speaker. 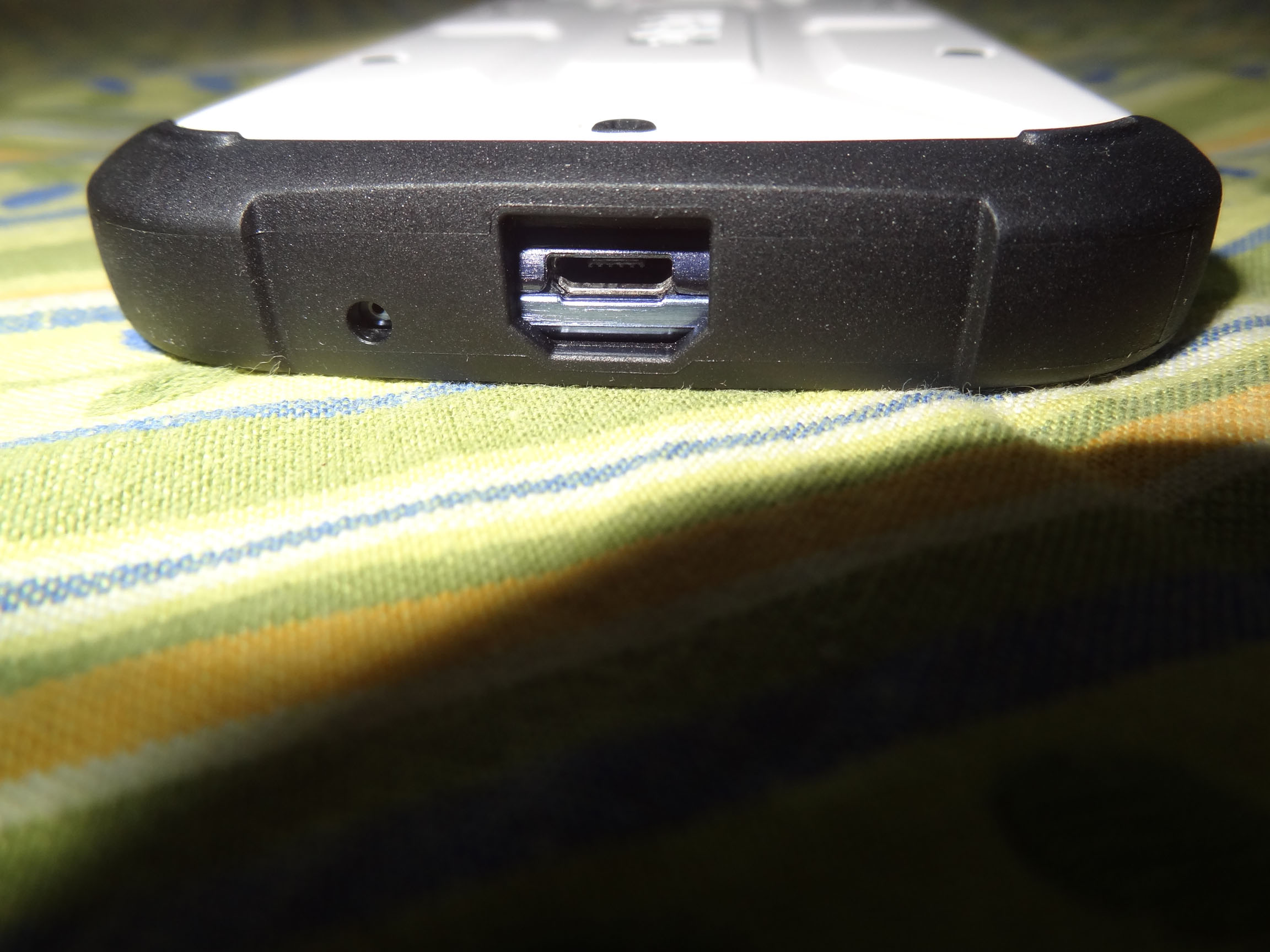 Lighter than other cases available in the market

UAG cases are lighter than several other cases available in the market. It’s lighter than the original Samsung Flip Cover which you get for forty dollars! So UAG case is definitely a better choice. You get a lighter and a tough case which not only looks good but also protects your device from scratches and falls.

So if you are looking for a case for your SGS III, Urban Armor Gear is definitely the best choice. After having tried several cases including the original Samsung Flip Cover and Capdase, I conclude that UAG is the best. It doesn’t cost you much. If you buy it from their official site you get it for around $35 where as it is available for a far cheaper price on Amazon (yes, the cases available on Amazon are original and are being sold by UAG itself).