This question has been asked over and over again by several users who complain that there isn’t any application available at the Google Play store which enables us to download videos from YouTube. There used to be several applications available on Google Play, but following YouTube’s new policy which doesn’t allow any of its videos to be downloaded for offline storage, these apps have either stopped functioning or have been removed from Google Play store or both. As a result of this and to avoid messing with Google, most developers have stopped developing these apps.

Okay lets stop talking negative. There’s an Android app still available which helps you download videos from YouTube on your Android smartphone or tablet. It’s TubeMate. You must’ve seen TubeMate YouTube downloader on Google Play store before, but since Google has stopped listing such apps, it no longer exists there. But that’s not something you should worry about since TubeMate has it’s own website from where you can download TubeMate and several mirrors which allow you to get hold of the latest version of TubeMate in case the official site isn’t working.

There are several more mirrors available which can be found at https://m.tubemate.net/

There are several infected versions of TubeMate available online so make sure you download TubeMate only from the above links since they are free from viruses and any kind of malware. Avoid downloading TubeMate over 4shared and other file sharing networks unless they’ve been mentioned on any of the above links since they may contain viruses which could make your smartphone prone to several deadly viruses like the one detected by Kaspersky around a month back.

I’m using TubeMate since a year or so and I am really happy with its performance. Sometimes it fails to download videos, but all I have to do is to clear the cookies and cache and it starts to work again and in worst cases I had to quit the application and relaunch it. So here’s how you can download a YouTube video on your smartphone using TubeMate..

1. Install TubeMate from one of the above sources and launch it.

2. See a small box somewhere below the logo? Paste the YouTube video URL there and hit the GO button. 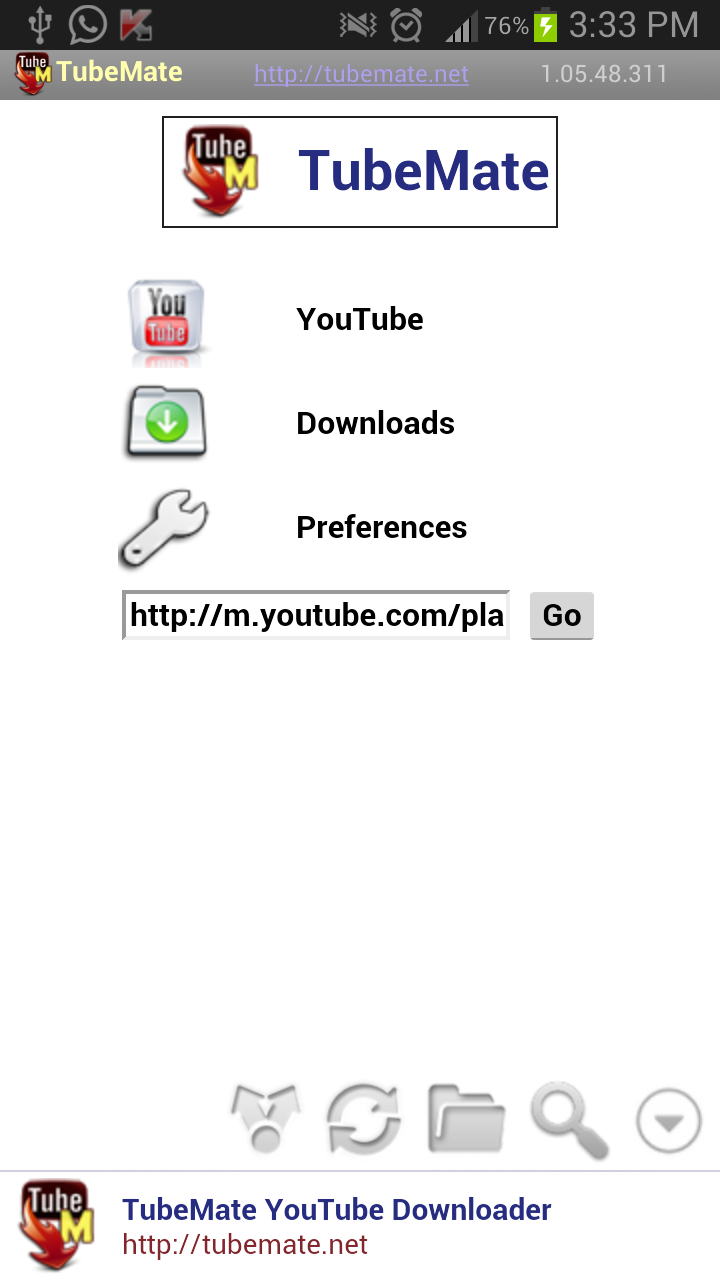 2. Type the video name you want to download in the search box provided in the bottom of the screen and tap the small search button. 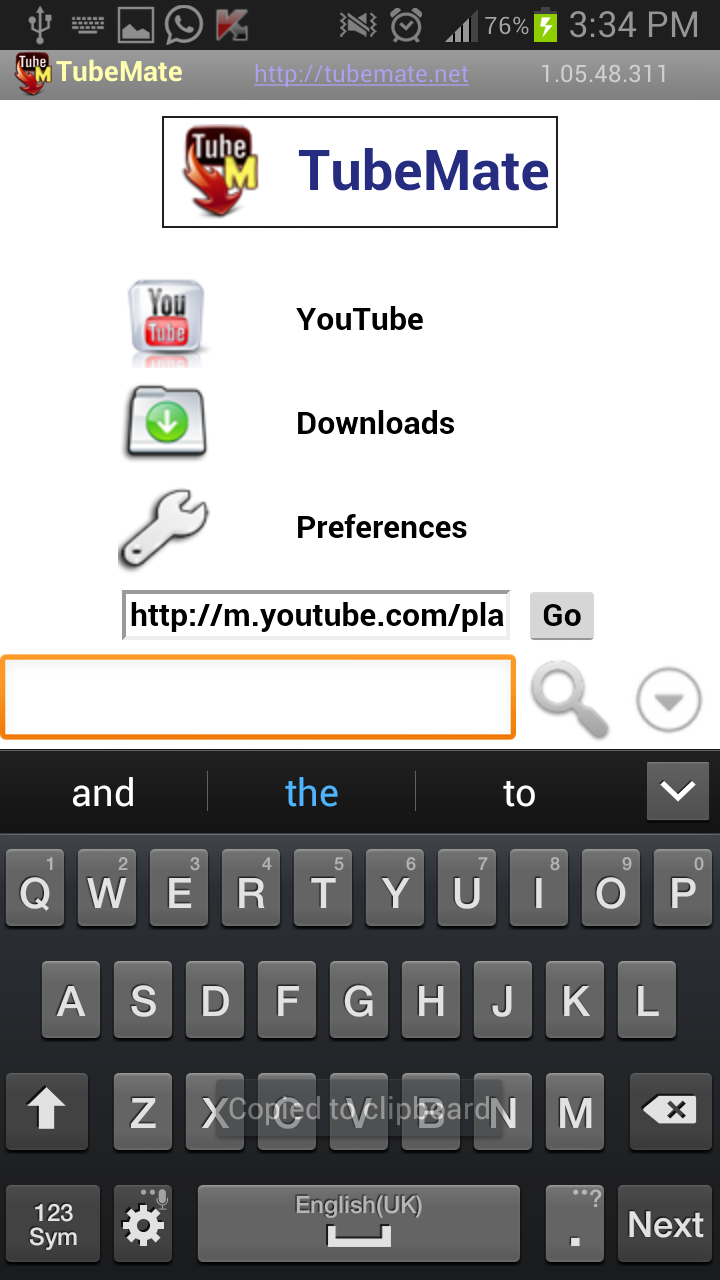 3. The results will shortly appear. Tap the video you want to download.

4. A small green colored button resembling the download symbol would flash in the bottom. Simply press it and select ‘Download’ from the options that pop up.

5. It’ll then start to fetch video information and allow you to download the video in variety of resolutions and formats including MP3. The download will begin once you select any of the available options.

You’d be able to track the download progress in the notifications bar. 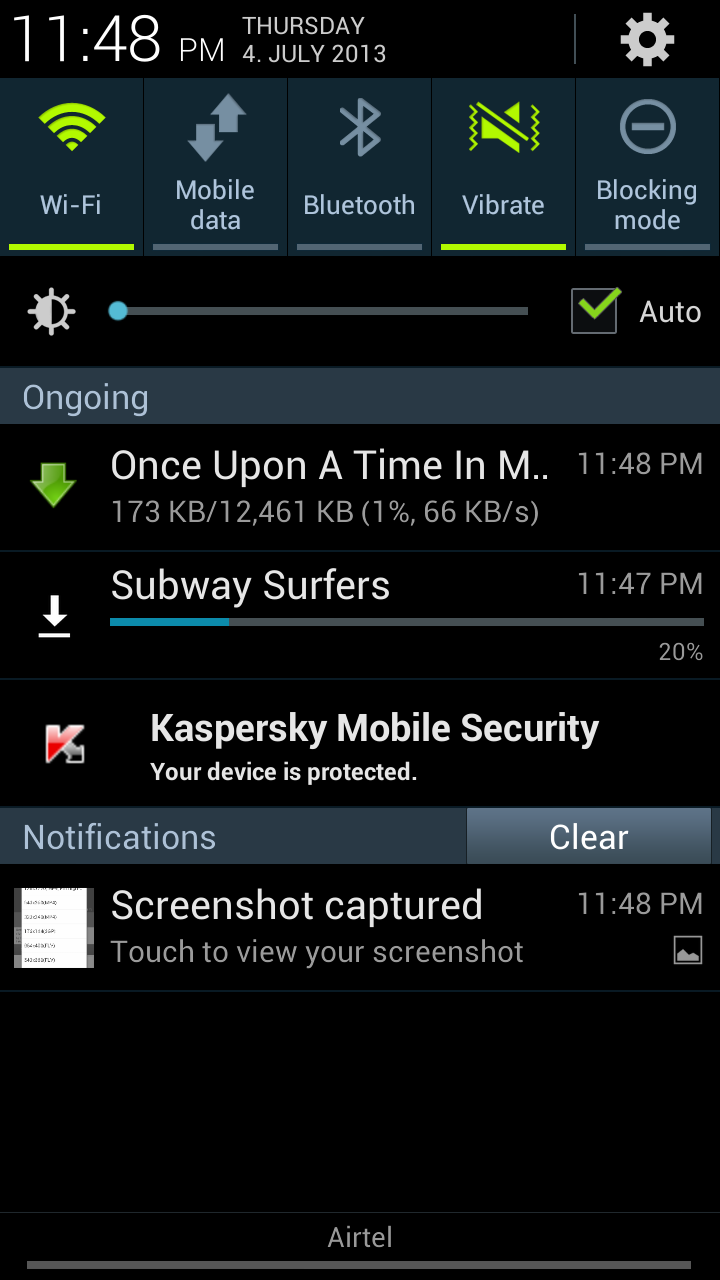 If the download doesn’t start of if you don’t see the green colored download button or if TubeMate hangs up while fetching information, simply hit the back button -> launch preferences -> hit clear local cache. This should solve most of the problems and if it doesn’t work, relaunch the app.

Make sure that you are using the latest version of TubeMate. Using an older version may cause problems and your download may never begin. That’s all you need to do to download YouTube video online freely on Android.