10 Reasons your Antivirus Sucks & What You can do About it

If you have often found yourself struggling to find the root cause of all software related problems in your PC or laptop, then chances are that the PC or laptop is infected by a nasty virus that cannot be neutralized or fixed. Now you might be convincing yourself that your antivirus is capable of protecting your device against every sort of deadly threat, but the fact of the matter is unless you have done a proper research before selecting an antivirus, there is a huge chance that you have made a wrong choice.

Our computers are now in a state of vulnerability more than ever as the rise of Internet use has also given birth to a large number of hackers who are always on the prowl to attack at any chance. Whether it is stealing your personal information and gain access to your bank account, or just to inflict damage to your system, there are various sorts of viruses and malware that can be hard to remove by your everyday, ordinary antivirus. 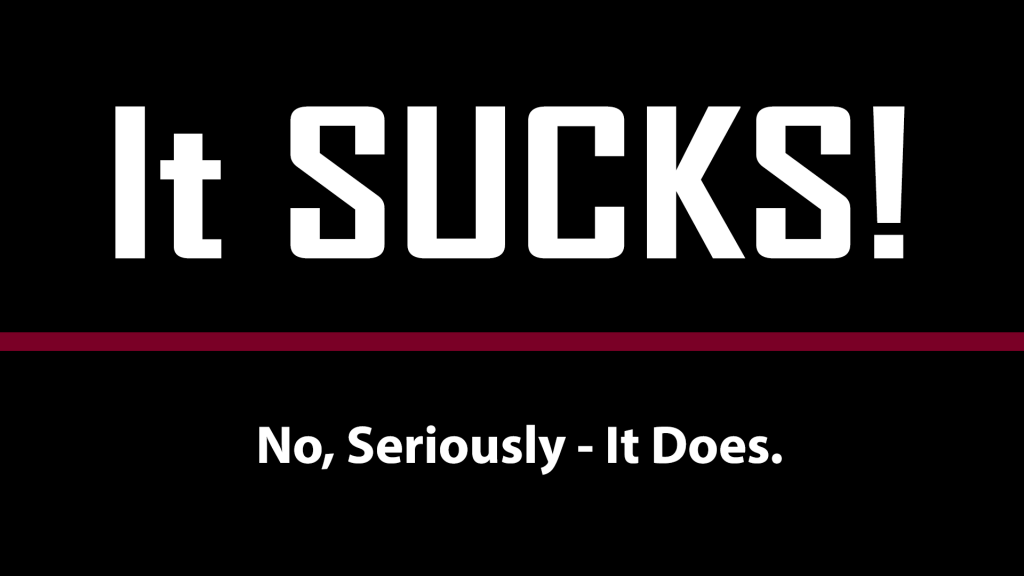 So what can you do about your ineffective antivirus?

For a start, do not believe in every false claim made by the manufacturers and learn to do some research on some antivirus software available in the market. If you’re still not sure about the things that make your antivirus ineffective, then keep on reading to find out more.

Why Does Your Antivirus Suck?

This is the prime reason most antivirus companies fail to deliver on their promises as they do not put enough effort to keep their virus checker updated. If you own an antivirus that only receives updates once in a while, then apparently a time will come when viruses on the Internet will get advanced and eventually break through your security system. Lack of updates makes the antivirus base obsolete because of which the software loses its credibility completely.

Keep a check if you are receiving regular antivirus updates. If you think that your antivirus base is not updating, then do not hesitate to call the customer care support to ask for a solution. If the company cannot provide a solution to your problem, then it is time to uninstall the program and look for an effective antivirus immediately.

When choosing antivirus software, it is important to realize that brand value matters. If you discover that your antivirus is not performing up to expectations, simply go through the brand image and reputation of the company. The chances are that you have invested your money in buying a product that is only either half complete or broken altogether.

What separates reputable companies from the non-reputed ones is the reliability that the former brings.

Since a lot of new companies are offering virus protecting solutions, it is important to go through the company’s background and reviews of other users before investing money on their product. Otherwise, you can just stick to brands that are famous all around the world and have a favorable reputation for providing leading-edge protection against all sorts of viruses and malware.

This is a direct result of not receiving updates as the virus database that needs to be regularly updated becomes inefficient. When a virus scanner becomes obsolete, it fails to detect and remove any new viruses does leading to computer system’s damage.

One of the signs of an old virus scanner is nonproduction of viruses. If you are frequently encountering problems with your PC antivirus tests are not showing up with any relevant data or directions, there is a high chance that the virus scanner has become obsolete.

If you found out that your virus database has become dysfunctional or ineffective for whatever reason, then you can always try and download updates manually if there is such facility on the company website.

If no such service provided, then it is time to move on to a new and better antivirus.

If your antivirus is continually failing to reach up to expectations, then it could point towards the fact that it is the sole responsibility of the company for having failed to make a good antivirus.

Sometimes, lesser-known antivirus brands, produce and release half baked programs to generate quick money. Whether they have the intention of fixing their already broken program or doing nothing at all is up to them, and you should not be bothered about it. Some signs of inefficiency can be seen if an antivirus continually fails to quarantine or remove infected programs or in some cases, fails to make proper detection even after repeated efforts.

Makers who release incomplete antivirus software have dubious intentions as they’re only looking forward to making quick money, and not help people with their problems. There is no solution as such for a broken program as it is the company’s responsibility to make a proper release.

If you are a victim of purchasing broken antivirus software, you can ask for money refund or just replace the product with something new and better.

Think your antivirus has it all? A litmus test to find out the answer to this question is to notice the kind of features that your antivirus comes with by default.

Some essential elements that every good antivirus must have are,

If your antivirus lacks these essential features, then there is a high chance that it might underperform and remain below your expectations. Lack of features also makes the program a hassle to use because every time you have to schedule scans and perform virus removal manually.

Before purchasing a full subscription of an antivirus program, it is always a good idea to use their demo version that is available for free. That way you can make sure that the antivirus covers the basic features that are required for proper functioning.

Also, if you’re unsatisfied with the product that you have purchased, some companies even have money refund system that you can use to your advantage.

What’s the use of installing an antivirus if you have difficulty just navigating through the menu? Unfortunately, there are various antiviruses that are so poorly designed that even a first time user might find themselves close to splitting hair just to get it working.

An effective antivirus has to be user-friendly so that even people who have no experience with working with computer programs can navigate through various features and use the antivirus to best suit their needs. Cluttered interface, difficult language, unwanted advertisements through pop-ups, and lack of user friendliness in operation can be considered as a poorly designed interface.

The antivirus that you wish to purchase should have easy to navigate menus, which you can ensure by trying out a demo version of the program. Once you’ve tried out the demo, then you can make the necessary judgment whether you want to proceed with buying the full version or not.

Otherwise, it is a good idea to steer clear of non-reputed brands if you want to ensure that you never get duped.

If your antivirus scanner is consistently failing to detect suspicious programs in compressed and uncompressed forms, then there is a strong chance that it is not performing as well as you would like it to.

If your system is experiencing slowdowns, unexpected restarts, and various other malfunctions that would point towards intrusion of a virus, then a good antivirus with a healthy rate of detection is required to properly eliminate the problem.

Never go for a cheap or unrecognizable antivirus brand as you will most probably end up being unsatisfied with the services. Bad detection rate can only be fixed by those who made the program, and there is very little that you can do about it.

So, from next time onwards, be careful about which antivirus you buy as you never know what you might be getting yourself into.

If you ever noticed that your system is experiencing slowdowns or regular hangups while the antivirus tool is running, then it can mean that the program is taking too much of your resources. Efficient antivirus software should be light on the machine and consume the least amount of RAM and processing power possible, leaving enough for other vital programs to run.

Since an antivirus is a background program responsible for protecting your PC or laptop, it should never become a priority for the system resources available.

An antivirus eating up too much of resources is an indicator of bad programming and design.

Some of the world’s best antivirus programs like Avast, Eset, Norton, Kaspersky, etc. are light and highly efficient tools that barely take a toll on your PC’s computing power.

Keep this in mind the next time you decide to buy an antivirus.

When buying an antivirus, you have to ensure that you’re getting money’s worth. Otherwise, it is all a waste. There are hundreds of antivirus software available on the Internet that are either available for free or sold at extremely cheap rates; however, their effectiveness and rate of detection varies considerably.

Many a times, some unscrupulous companies try to sell their underdeveloped product at high prices in order create an impression that their product is in high demand. On the contrary products like these should be avoided at all costs.

So, if you’re confused about what antivirus to spend your money on if the free deal is not working for you, then you must go over legitimate reviews of other users who have tried and tested such antivirus tools. Otherwise, just stick to known antivirus brands that have a long history of being the best in the business.

Last but not least, if your antivirus is charging you an enormous price to allow you to just access the functionalities for few months, it is time that you looked the other way.

Most popular antivirus companies like Avast, Norton, Bitdefender, Kaspersky, etc. have a very affordable subscription scheme that allows you to buy usage of the product for a year or two. There are also multiple system packages that enable you to install the same product in more than one computer or laptops.

A good way to understand if your antivirus company is robbing you off is to check and compare prices with various other products available in the market. Antivirus is getting cheaper in cost every passing day as companies have now begun to understand the fact that it is a necessity that people need rather than a luxury that very few can afford.

What are you thinking now?

So now you know quite a lot of reasons why your antivirus probably sucks.

Use the knowledge you gained to your advantage the next time you go ahead and buy an antivirus because only you can take the appropriate steps in choosing the right one according to your needs. You must never overlook the fact that antivirus software is necessary to maintain the health of your system and keep it running smooth and steady.

Also, look out for antivirus packages that include spyware and malware removal tools, since these are two other disturbing elements that often intrude a system to produce disastrous results.

Remember, the safest way to ensure that you have the right antivirus is to judge by its brand name and decide upon a product after a fair degree of research.