What’s Pokémon Go and was it an Overnight Success?

If you are remotely active in any of the social networks, or have friends and you don’t live in north pole or south pole, I bet you must have heard of this supercool new game called ‘Pokémon Go.’  This game is taking the whole world by storm.

I am sure you all are familiar with the Pokémon world – A Nintendo franchise launched in the 90’s. The world of trainers traveling the world to catch the monsters ‘Pokémon’. This classic fight between the trainers and the Pokémon’s was pretty popular and ran on many video games. 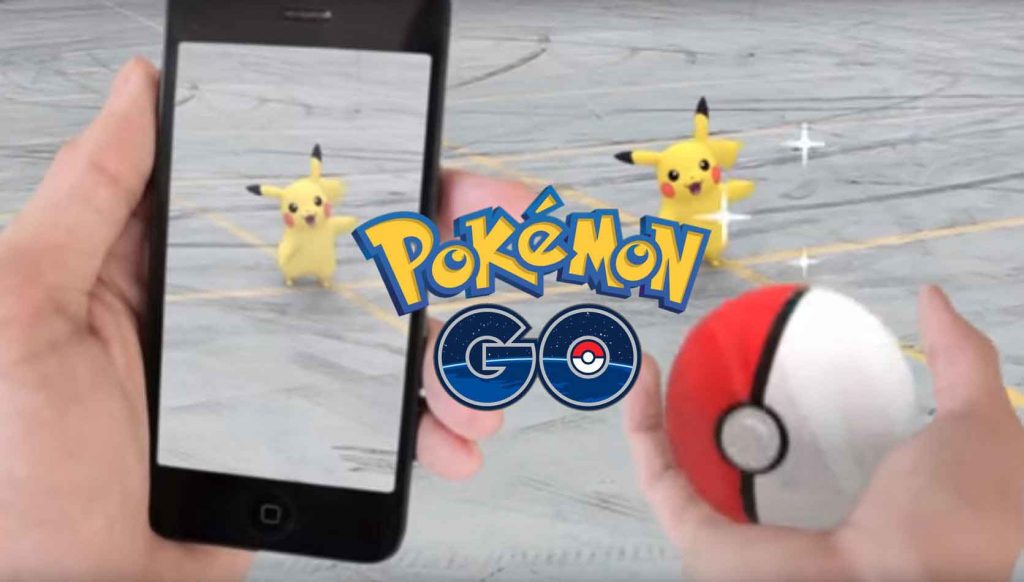 So what is Pokémon go, the new hotshot of Internet?

Pokémon go is the new game app created for Android and iOS devices. The makers define it as a location-based augmented reality game developed by John Hanke, the founder, and CEO of Niantic. The game is now a part of the Pokémon franchise owned by Nintendo.

What is so cool about Pokémon Go?

Pokémon Go plays with the older nostalgia of the 90’s. Users who had played Pokémon in their childhood are super nostalgic and are the early birds of this game app. What’s cooler about this new one is, while it sill follows the ‘Catch em all’ slogan, it is nothing like the older handheld console versions. It rather takes it to next level and mixes real-world elements making it a super-cool augmented reality game.

The video game series used famous locations as part of the fantasy settings, while in the new version the real world is the setting.

The user needs to explore the outside world to find and catch different kinds of Pokémon. Explore cities, countrysides, jungles to capture as many Pokémons as you can some of the rare Pokémons are found in wild and remote locations.  As you move your phone will notify you if you encounter a Pokémon, and then you can switch to catching interface and throw a Pokéball to catch them. The game also has Pokéstops and gyms located in real life locations to perform certain tasks.

So do you think John Hanke became an overnight success with the app?

According to his recent Interview, that’s far from true! It rather took him 20 years to create what Pokémon Go is today.

In 1996, while he was still a student, Hanke created his first online game and sold it to 3DO to pursue something bigger. Four years later he linked Maps with aerial photography and launched ‘Keyhole’ that was later bought by Google, which we now commonly know as ‘Google Earth.’

Eventually, with the help of Google, he set up his gaming lab Niantec and then launched ‘Ingress’ which is another augmented reality game, which gained popularity though not as much as Pokémon Go.

Later on in 2014, Google and Pokémon franchise by Nintendo teamed up for an April Fool’s joke. That allowed people to find Pokémon in Google Map. It was a huge success. Though Hanke claims that’s when he got the inspiration to build Pokémon Go, many believe that was a conscious effort to test the acceptability of the game before fully making it.

Pokémon Go was designed mindfully by using all the Geo Data owned by Google and also from Ingress. Many real-time locations like Gyms and Pokéstops are locations those are user generated in Ingress.

I guess that’s what is leading to its popularity. In the early week just after the game was launched in USA, Australia, and New Zealand, Nintendo’s share raised by 12 million and as we see the game has much greater potential.

How to play the game?

If Pokémon Go is already available in your country, you can download it rightaway from the play or iTunes stores. But, if it is not available yet, you can either be notified when it’s officially launched in your country or play it right away with this trick.

As soon as you log in you will get to customize the avatar of your trainer, that will be your look on the game page. Soon after you get a brief introduction of the game, you can walk through to catch three starter Pokémons – Charmander, Squirtle or Bulbasaur. If you are a Pokémon regular, you should be familiar with those names.

The game includes the basic three steps as the earlier games – catch the monsters, Visit Pokéstops and Gyms Battles.

Catching Pokémons is as smooth as the previous versions. You get notified when a monster is around, and you will be notified about their power based on the ring surrounding them. Green is the easiest, yellow intermediate and red is most difficult to catch.

You can upgrade your power to catch Pokémons by catching more Pokémon as you progress in the game or by using real money to buy upgrades.

Next, comes the Pokéstops. These are real life locations around you marked in the maps. You can visit these sites to obtain items such as pokeballs, potions, eggs, etc. You can also set up lure modules to attract more Pokémon around that area.

Gym Battles – Eventually as you level up you can join one of the three teams from Red Team Valor, yellow Team Instinct or Blue Team Mystic. You can then own a gym and fight other trainers to gain more power. These Gyms are virtual locations inspired by famous real world locations as in the earlier video games.

This is the game in a nutshell, but there is much more to explore as you play!

The game so far is a super success and tops daily users of Twitter. A report from Techcrunch also suggests ‘ the app sees people spending more time in the app than in Facebook’.

As per the Guardian report, the craze has gone to an extent, where a 24-year from New Zealand has quit his job to become full-time Pokémon Hunter. This man named Tom Currie has embarked on a two months tour to catch all 151 Pokémon released on the game. So far he has captured 90.

This week old app has gained such popularity, as per reports from Vox it is going to be a part of the US election campaign by both presidential candidate Hilary Clinton and Donald Trump. As per a recent tweet Hilary now is on the lookout for the man who created this app to help her make it part of her polls.

So, while we watch the success of this game and the many more augmented reality games to follow after this, let us chase some Pokémon.