How to Track and Find a Pokemon Near You in Pokemon Go Easily?

Unless you are living under a rock or in complete digital isolation, you must have heard of Pokemon GO. The AR-based mobile game is shattering records and winning over people’s heart around the world, or at least in the countries in which it is available at the moment. But, we know that you have downloaded it anyway, even though it has not yet officially released in your country. Now, there is no denying that the game is awesome, addictive and a massive hit, but, it is time we addressed the elephant in the room.

A great feature of this game, which is also their USP, is that users have to physically walk about their locality to catch Pokemon’s. They can track Pokemon’s that are near their location with the help of the grey-coloured box at the bottom right of their screen. However, this feature is highly muddled, and no one yet has found out a 100% efficient way to get this feature to work. The game doesn’t do a great job in informing the user about the feature either. Even the creators of the game acknowledge this fact. The nearby feature has by far been the most debated topic on Pokemon Go among users, and everyone has their own point of view. In this article let me share the way I, in the few days that I have been a Pokemon trainer, generally use to find and capture these critters.

How to Find Pikachu in Pokemon Go? 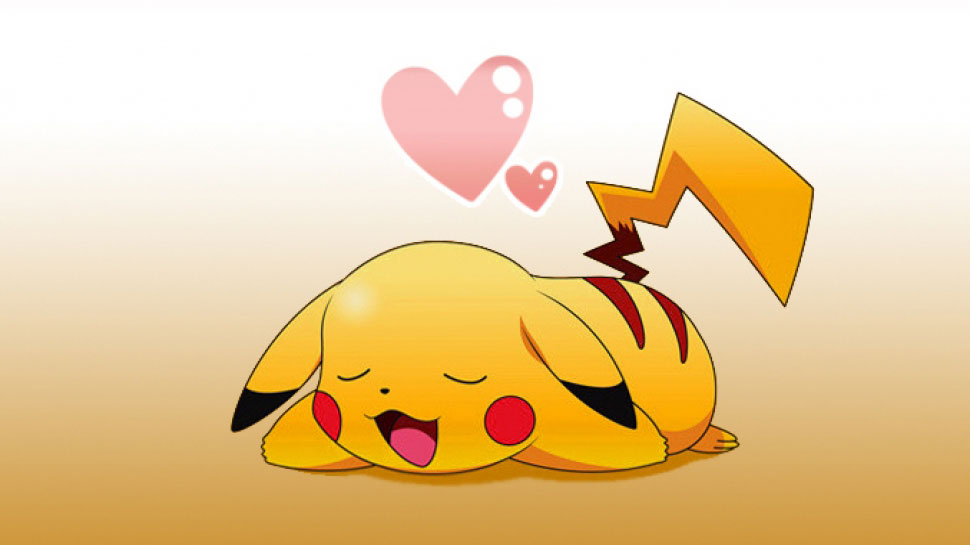 Well, first things first. We all know that you want a Pikachu. Other than the fact that it is cute, lovable and has been the face of Pokemon for 20 years, it is also rare. Any electric type Pokemon for that matter is a rare sighting. So, how do you get Pikachu?

When you start the game, you will have a choice of three starter Pokemon – Charmander, Bulbasaur, and Squirtle. All of them are worthy choices. But, if you are hell bent on Pikachu, then all you have to do is ignore these three options for a few times (5 to 6) and eventually Pikachu will walk up to you with that cute face and now all that is left to do is throw a Pokeball and capture it. You will now have a Pikachu as your starter Pokemon.

How to Find Nearby Pokemon?

Once you have installed the game, caught your starter Pokemon, and are now roaming around with your phone/tablet in your hand like a mindless zombie, you should be able to see a gray box at the bottom right side of your screen. This is a box that depicts all nearby Pokemon. You can tap the gray box to get the list of nearby Pokemon. It can display up to nine nearby Pokemon; some of them as silhouettes and some of them as avatars. The silhouettes depict Pokemon that you haven’t caught yet, whereas Pokemon with their avatar pictures are the ones that you have already caught. These Pokemon will also have footprints associated with them. 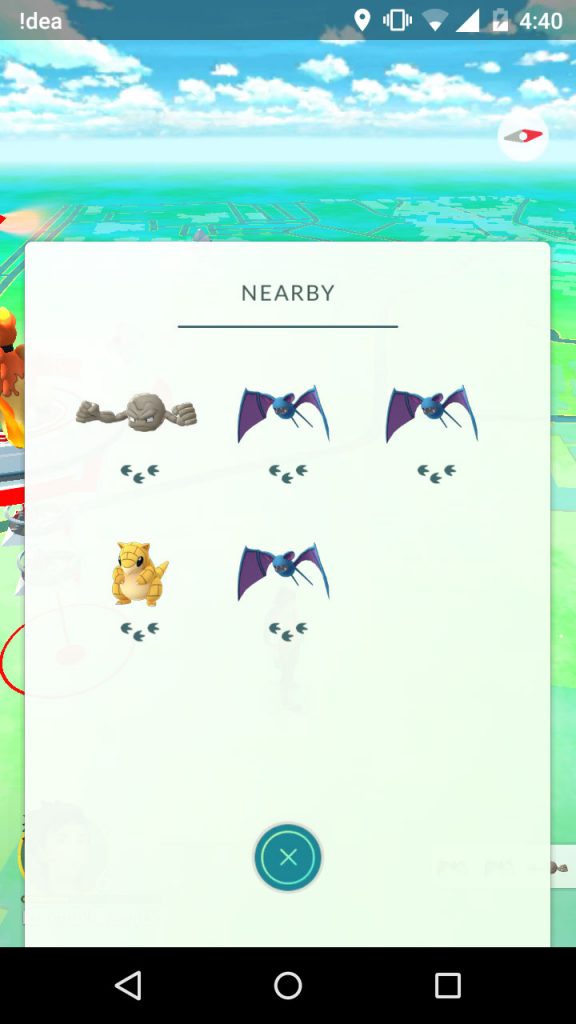 If you want to capture a particular Pokemon that is appearing on your nearby grid, just tap on it. This will encircle it, and you will now see only that Pokemon appearing in the gray box after you minimize the grid. There has been a rumor floating around that the gray box with the Pokemon of your choice pulsates as you near it, but this is not the case. The pulsating means that a new Pokemon has been added to the list of nearby creatures. So, the best course of action while tracking down a Pokemon would be to keep the grid open because all the other Pokemon on the grid can also help in monitoring a particular Pokemon. If an individual Pokemon drops one or two spots down the grid, it usually means that a new Pokemon has arrived, and you just need to continue to walk in the same direction as before. However, if the desired Pokemon drops four or five places on the grid, it means that there’s something wrong, and you’ll have to retrace your steps to bring it back to its original spot on the grid and walk in some other direction.

Once, you have reduced the number of footprints from three to a lower value; it means that you are really close after that. It is all going to be a matter of trial and error from that time on. There might be some instances when the Pokemon completely disappears from the grid even after tracking it down to two footsteps. This might occur due to a glitch and can usually be resolved by walking a few steps before seeing it again.

It is also important to bear in mind that Pokemon move around. That is the reason why you see a cycle of Pokemon on your grid over a period if you remain stationary. But, usually, they won’t be so quick that they go from zero to three footprints in an instant. You will have plenty of time to have a go at them.

This is the best I, and as a matter of fact, most users could figure out about the nearby feature of Pokemon Go. With reports coming in that Niantic has promised two updates to the game every week, we sure hope that there might be a better explanation from the developer’s side on how to use the feature.

When you walk in the real world, your Pokemon Go avatar walks along with you, thanks to GPS integrated technology. Your avatar also emanates a ring that has a certain radius. This radius indicates the reach of your avatar in finding out nearby, hidden Pokemon. This is helpful especially in scenarios involving catching restricted areas. With this radar ring, all you have to do is stand at the boundary of the restricted area (police station, private property, Area 51, etc.) and let the ring do the job in weeding out these critters that have taken over our lives. Now, all you have to do is keep calm and catch it with a Pokeball, all without trespassing.

How to Catch a Pokemon?

The capturing mechanism is pretty straightforward. Once, the Pokemon appears, you just have to swipe the Pokeball upwards. If the Pokeball lands inside the circle, it will open up and capture the Pokemon. However, at times this task is not that easy and for that, these tips should come in handy:

How to Catch a Rare Pokemon?

There are rare and legendary Pokemon present in the game. Obviously, the latter is more elusive. But, the former can be quite hard to find as well. They usually come out at certain times of the day. For example, some ghost Pokemon only get out at night. Sometimes, it also depends on the area. A Pokemon that is rare in one area might be very common in another. So, it is always advantageous to travel around. Also, as you level up, the chances of seeing a rare Pokemon increases. If you want to find evolved versions of a Pokemon, you could check out the places where its basic version is found in abundance.