Today is the day of glory, victory and pride. Today is India’s 66th Independence Day. I wish you and all my dear countrymen, a very happy Independence Day! Our motherland has lived 65 years as a free and independent country. On this only day – 15 August – in 1947, the dream of our Father of the Nation – Mahatma Gandhi – became true and finally, we were free of the languish British rule.

“Independence is a condition of a nation, country, or state in which its residents and population, or some portion thereof, exercise self-government, and usually sovereignty, over the territory.” – Wikipedia

On this joyful Independence Day, we’ve and we’re free to show our emotions. Today, everyone has their reasons to rejoice and enjoy their moments of freedom. When I asked my neighbour’s kid in the morning “What is Today?” while she was waiting for his school bus at the bus stop, she answered “Swatantra Diwas” (English: Independence Day) with a quirk smile, while hovering the tri-colour flag in her hand. I wondered how a girl of 10 yeas old is happy for this day in her own self. The incident also reminded me of my school days when I used to get up early in the morning on this day and wish everyone ‘Happy Independence Day‘ till the end of the day. Though, my habit has still not changed, I’m glad that we Indians are taught to show love and respect for our country right from our primary education.

“I want freedom for the full expression on my personality.” – Mahatma Gandhi 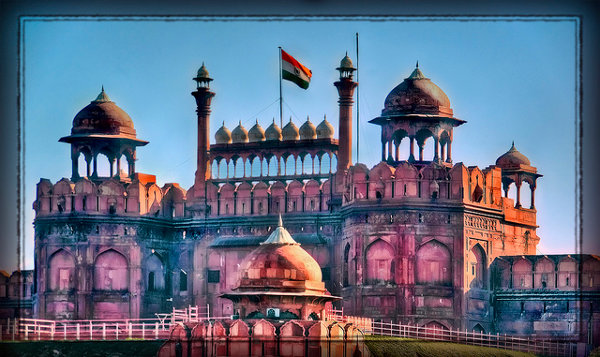 Today, our hon’ble prime minister, Dr. Manmohan Singh hoisted our national flag at the historic Red Fort and addressed the nation, showing his love and respect towards the nation. During his 35-minutes speech in Hindi, Dr. Singh announced upcoming plans for the future of India, reminded us of our achievements in some of the past years, shared his sorrow on the topics of violence in Assam and recent blasts in Pune, and assured us to take actions in all possible measure for the betterment of the country.

Dr. Singh promises to fight the evil virus of corruption in our country. Prime Minister said, “We will continue our efforts to bring more transparency and accountability in the work of public servants and to reduce corruption,” while commencing his speech on Independence Day. “But we will also take care that these measures do not result in a situation in which the morale of public functionaries… gets affected because of baseless allegations and unnecessary litigation,” he said.

“Our commitment to make the work of the government and administration transparent and accountable stands,” he said. He assured the country that his government is committed to bring transparency in the system. He reminded people of his promise last year to take anti-corruption steps and pointed out that the Lokpal and Lokayukta bill has been passed in the Lok Sabha, and requested political parties to join the government in the battle against corruption. “We hope that all political parties will help us in passing this bill in the Rajya Sabha,” he said.

Along with talking about various other affairs of the country, he stated that no power in the world can stop India to reach new heights. “I believe that no power in the world can stop our country from achieving new heights of progress and development. What is needed is that we work together as one people for the success of our country. Let us once more resolve that we will continue to work for a progressive, modern and prosperous India,” he said in his ninth consecutive address on the Independence Day.

“Freedom is dearer than bread or joy.” – Jessie E. Sampter

Independence is when we’re free to live and exercise our rights. May be we don’t feel the need of importance of freedom in a free country now, but ask the elders who lived in the era of British rule. They know the problems of living without freedom and they have felt the pain in their hearts. It was the necessity of freedom that our freedom fighters didn’t set back of the war for freedom even at the fear of their lives. Just think for a moment that if it was not necessary to such an unacceptable extent, then why would great personalities like Mahatma Gandhi would fight for the freedom for years and why would thousands of soldiers (freedom fighters) would have died while fighting for the sole purpose of freeing our country of British rule.

Leaving all aside, we are glad to be free today! But wait a minute, are we really free?

India is still under the rule of corrupt people (I’m not saying only politicians). People have forget the teachings and principles of leaders of the nation like Mahatma Gandhi, Subhash Chandra Bose, etc. Many vices are still being practised in our society like sexual abuse, child labour, child killing, dowry system, etc. Our society is still bounded by the threads of religion and caste, and innocent people (including youth couples) are murdered in the name of customs and traditions. Our society still assumes women to be inferior than men, when our country’s ruling party is led by a woman – Sonia Gandhi.

Is the present India was the dream of Mahatma Gandhi for his motherland? I doubt!

My friends and countrymen, let’s take a pledge today to participate in the development of our society and country, that we’ll try our level best to free our society of the present vices and bring together an era of free India, about which our ancestors dreamed of – India without the boundaries of caste and religion, where every person is free to live without the fear of any person or power.