CyanogenMod – A Better Android Within Android

Android is the most popular and open source operating system for mobile devices which is leading the smartphone market after leaving behind iOS and BlackBerry. But do you know CyanogenMod? CyanogenMod is the famous customized aftermarket firmware, i.e., Custom ROM of Android. CyanogenMod is a better Android – full of features and enhancements that the Google’s Android lacks in some way. Most of the extra features implemented in CyanogenMod are inspired from necessity arising from one or the other version of Android being sold by mobile companies. CyanogenMod works on 80+ devices ranging from Motorola Defy to Nook Color and comprising devices from every top company like Samsung, HTC, Sony, Motorola, Google, etc.

CyanogenMod is built from the Android Open Source Project. It is developed by Steve Kondik and the CyanogenMod team. It is the best Android’s custom ROM present out there followed by MIUI and DarkyROM. It is packed full of features and enhancements that every Android user will wish to have in his/her handheld device. Let’s see what CyanogenMod has got for you:

Google releases new versions of Android with improved stability and new features to make it work better for you but as a phone owner, you can’t update your phone directly with Google’s version but you need to have your mobile manufacturer release the update for your phone. But what happens most of the time? Mobile company mostly focus on new phones and old phones are left as orphans. So, what happens of you? You’ll be stuck to use the Android version as provided by the company and you won’t be able to test new releases. But this is not the case with CyanogenMod – it provide updates for older phones too. And believe me, this is the primary reason that most of the non-techies install custom ROM in their phone – because they become fed up of using old Android release and they want to try new things but company says you can’t, so, they start taking decisions in their hands and tell the company to not limit their wishes! What’d you do?

Features that are Useful

CyanogenMod includes a number of features that are useful for you. Its features are a result of necessity and innovation. Here are some features that’ll surely interest you: 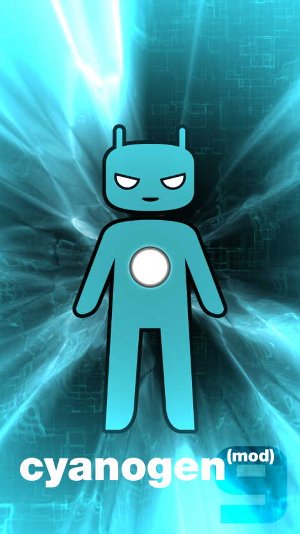 Most frustrating thing I found with my (Sony) Android phone was that after installing a list of apps (don’t blame me – I love software), my phone used to work as if I’m running Windows 7 on a 256MB RAM. Launcher used to restart a number of times and working happily with the phone became a myth! There were some times when I thought I should have bought a better and powerful Android phone (may be Samsung Galaxy S2 or S3). But, do you think the phone or Android was the culprit?

No, the main problem was the stock ROM. Sony has done good changes and its Timeline UI is an eye-candy but they’ve added a bunch of apps which runs in the background which do nothing except occupying my phone’s memory. All the problem was solved after I installed CyanogenMod on my phone. Now, my phone works like a charm. Android is a bit bulky for a phone but CyanogenMod is far better than the stock ROM.

CyanogenMod is built and maintained by the community. This means when a bug is reported, any contributor can get the bug fixed and submit the patch to the community. Then community reviews the patch and post it if it founds it good. This way CyanogenMod gets patches and updates more frequently than stock ROMs.

CyanogenMod is packed with many tweaks for better stability and performance. It contains tweaks and settings (under Performance section in Settings) which you can use to customize CPU frequency, memory managements, speed tweaks, etc. Using these tweaks, you can increase and optimize the performance of your phone. Please note that using these tweaks, you can permanently damage your phone’s hardware (if tweaks are wrongly configured or misused).

CyanogenMod is not a new software but a customized version of Android for the people and by the people. The people behind CyanogenMod work on it so that other people can enjoy the best experience of Android. Google has done a great job by making Android an Open Source Software and these people do a great job in making Android more robust and featureful. If you’re not a CyanogenMod user, then I’ll recommend you to be one. I’m using it from months and I don’t have any reason not to use it.