It has been 10 days since Pokemon Go’s initial release and it is pretty safe to say that these critters have taken over the world. Niantic’s AR-based game is a monumental success. Running errands, going for a walk, traveling to work or driving around town hasn’t been more exciting. People of all age groups and from different walks of life have come together to catch ‘em all. People have grown so much into the game that you’ll find them walking around like mindless zombies, hardly aware of their surroundings. If you haven’t tried it yet, here’s how you can unblock Pokemon Go in your country if it isn’t available yet.

However, due to the sheer number of users, Pokemon Go servers have crashed. At least, that’s what the guys at Niantic are saying. There have been reports by certain news websites and Reddit that this calamity was actually caused by a hacker group named PoodleCorp who took down the Pokemon Go servers with a DDoS attack. When users tried to open the game, they were unable to log in and were greeted with the following message: “We are working to resolve the issue. Please try again soon!”

This caused mass hysteria and riots on the streets as Pokemon trainers were left stranded in the middle of nowhere. Okay, maybe I exaggerated a little bit over there. But yes, the internet literally exploded with memes and tweets about the server crash. While some were complaining how they had no idea where they were, others took to throwing tennis balls at their pets. People now feel that there is no point in leaving their homes. After seeing such dire consequences, I am sure you can fathom the graveness of the situation.

Suggested Reading: How to Track and Find a Pokemon Near You in Pokemon Go Easily?

Check if Pokemon Go Servers are Up or Down

To all those of you who are constantly opening the app to check if the servers have come back up, there is good news for you. You can now track the status of Pokemon Go’s service through a website called “Pokemon Go Server Status”. This the link for the site – http://cmmcd.com/PokemonGo 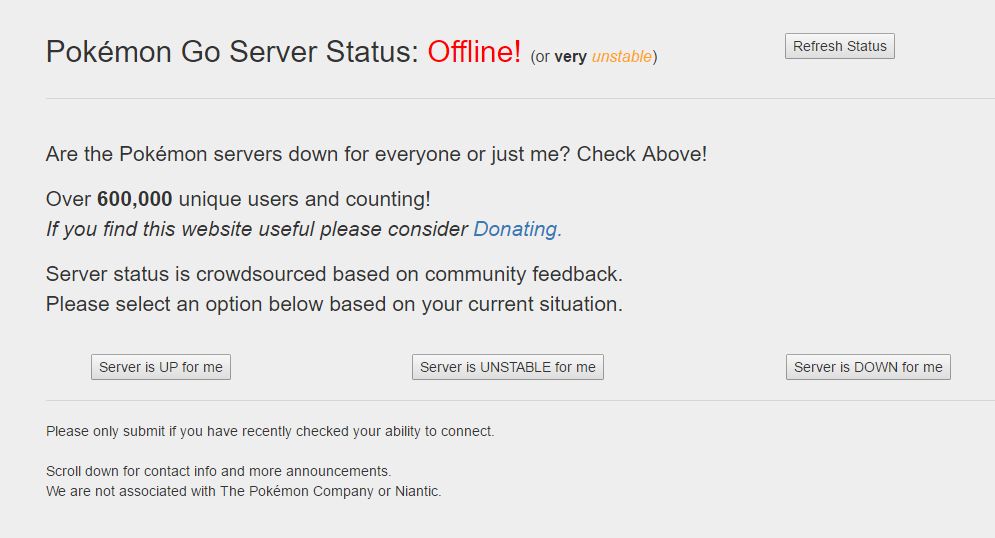 It is a crowd-sourced website based on community feedback. This website collects data from Pokemon Go users and uses it as a reference to update you on the current status of the app. You too can go and contribute there as well. It might possibly help other fellow Pokemon Go players. 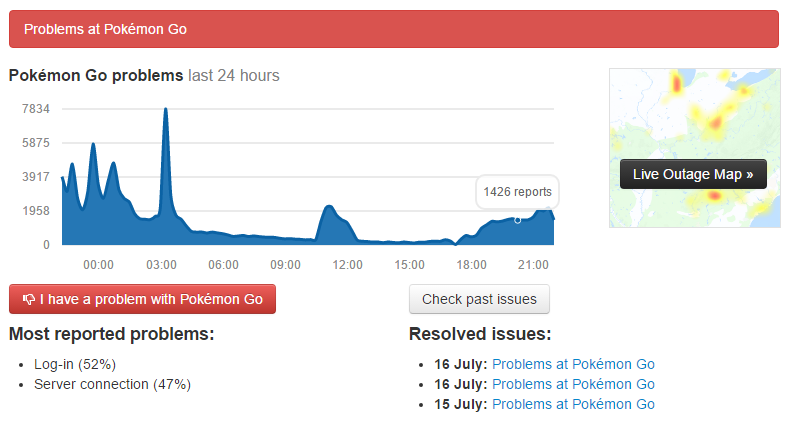 To those who are looking for an alternative, you can also try DownDetector.com. Like the earlier site, this one is also crowd-sourced, but it presents you additional details like a graph showing the number of reports received in past hours and an outage map showing the regions that are currently facing problems or have faced them in the last few hours.

You can zoom into the map to get a closer view. 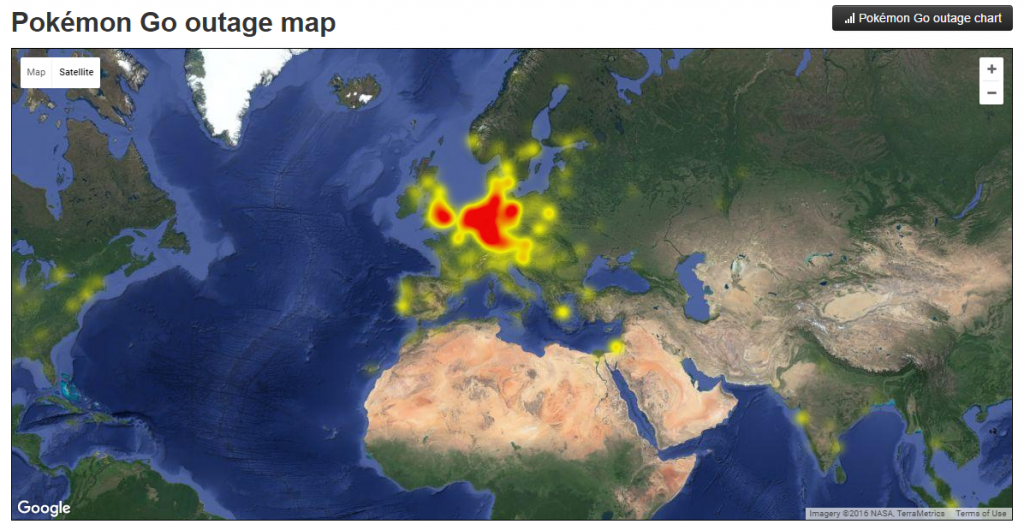 You can also follow the official Twitter handle of Pokemon Go to get the latest updates on their servers.

Suggested Reading: How to Play Pokemon Go While taking Care of your Safety and Security?

Although the game has had a limited roll out, this hasn’t stopped users from other regions downloading it. This could have been a factor in the crash. However, one thing is for sure- it all boils down to the sheer number of players logging in at a particular time.

If the game isn’t availalbe in your country yet, here’s how you can track it’s launch status and be notified when it becomes available in your place.