Baby Naming Ceremonies from Across the Globe

As the newborn ushers into life, he or she brings joy to everyone in the family. One of the important traditions related to children are the baby naming ceremony. Here is an overview of such ceremonies taking place all around the world. 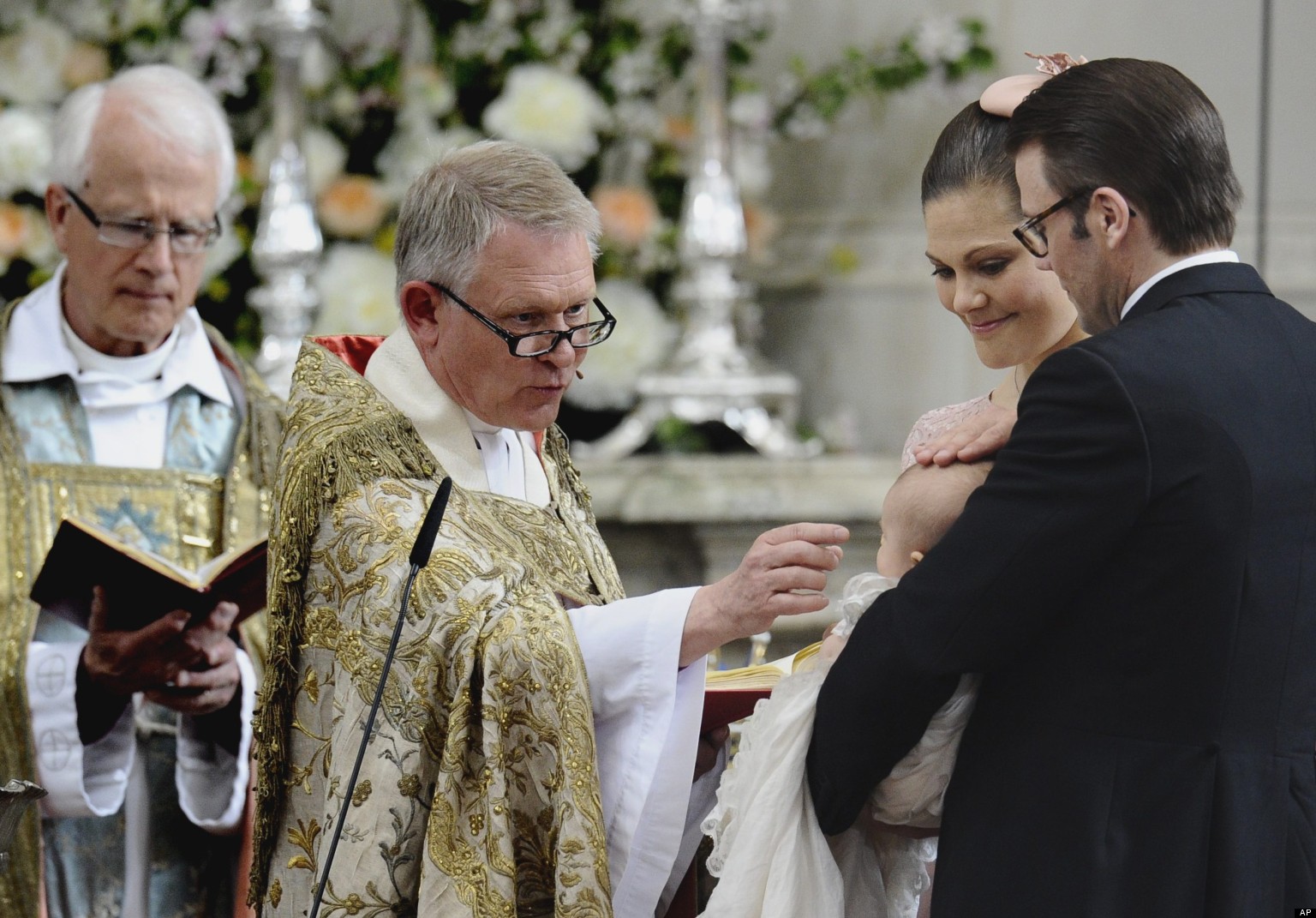 Depending on the Church’s branch, christening ceremony is either simple blessing and thanksgiving or a proper baptism. After few months or weeks, the toddler is dressed in beautiful white gown in case of girls or formals if a boy, and taken to the Church. The attire may be a part of generational memento. Parents choose godparents who in absence of them, would care for the child. The priest then blesses the youngling with name chosen by parents, and sprinkles holy water over the head, making a sign of cross, which symbolizes purity, and a new beginning. The baby’s name is registered in Church’s register. A get-together is held at home, or at a chosen venue, where gifts are given to the new born. Toys, rattles, silver spoons are considered as lucky for the kid. The celebration ends with reading of poems, dance, and blessings by elders.

The pagan worship tradition ‘saining’, goes back to times or pre-Christian era, and the baby naming ceremony takes place within 9 days from birth. Friends and family members stand around the toddler in a circle. This tradition is carried out in woodland trees. The baby is held high facing the sky, a gesture meaning greetings to the youngling, welcoming him or her to earth. The toddler’s name is then spoken aloud, and he or she is passed to members in the circle, and is introduced to them. A tree is generally planted at the ceremony to represent beginning of a new life. 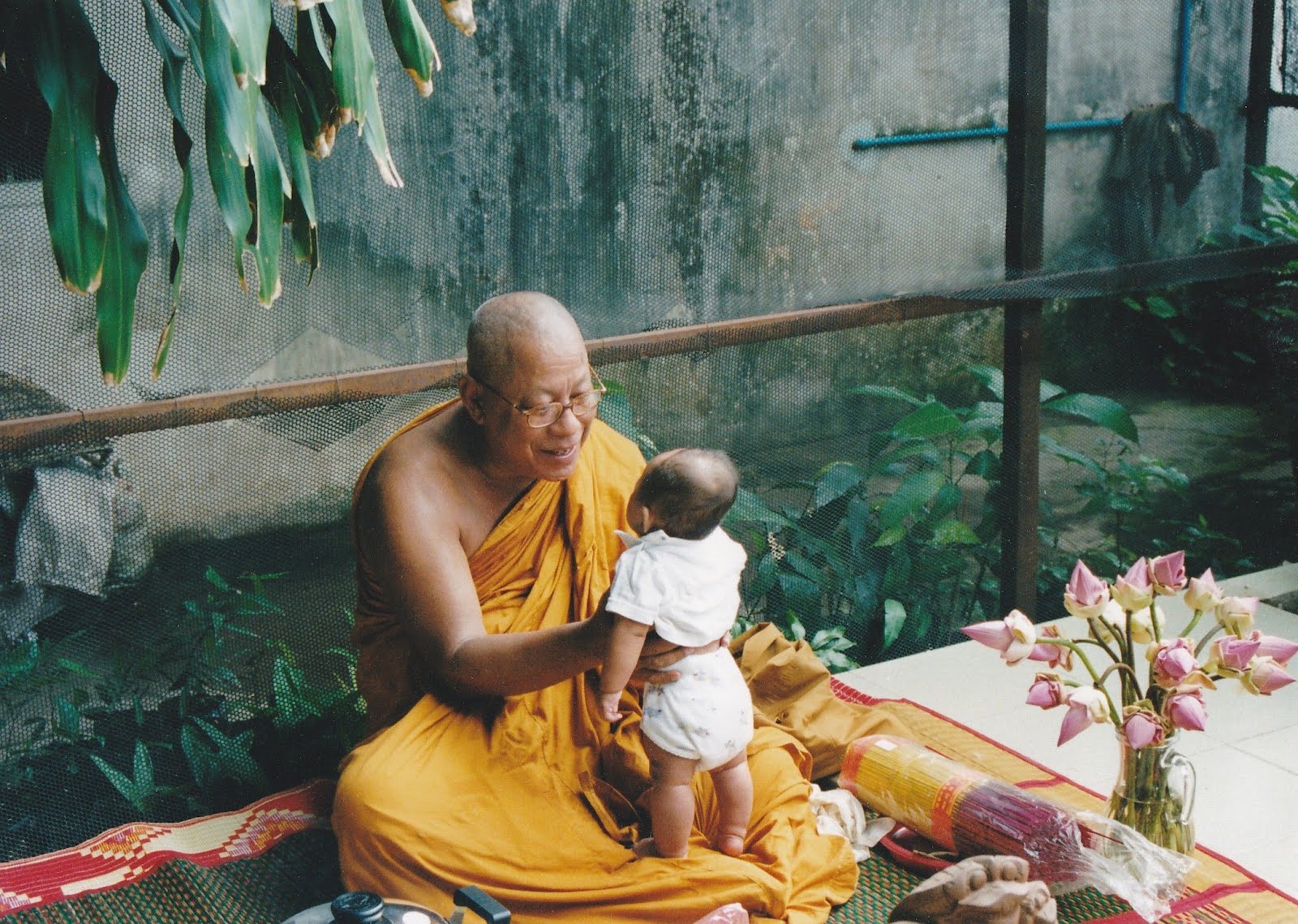 Monks are welcomed by parents of new born, who then chant holy prayers from texts. An astrologer provides the toddler’s name initials based on birth date and time. In a month, the youngling is blessed in front the Buddha’s statue at local temple. Some parents offer incense sticks, flowers, candles and some tie a sacred thread around child’s wrist, a noted tradition that is believed to invite a holy spirit ‘khwan’ to protect babies. Monks bless toddler, and then announce then name. 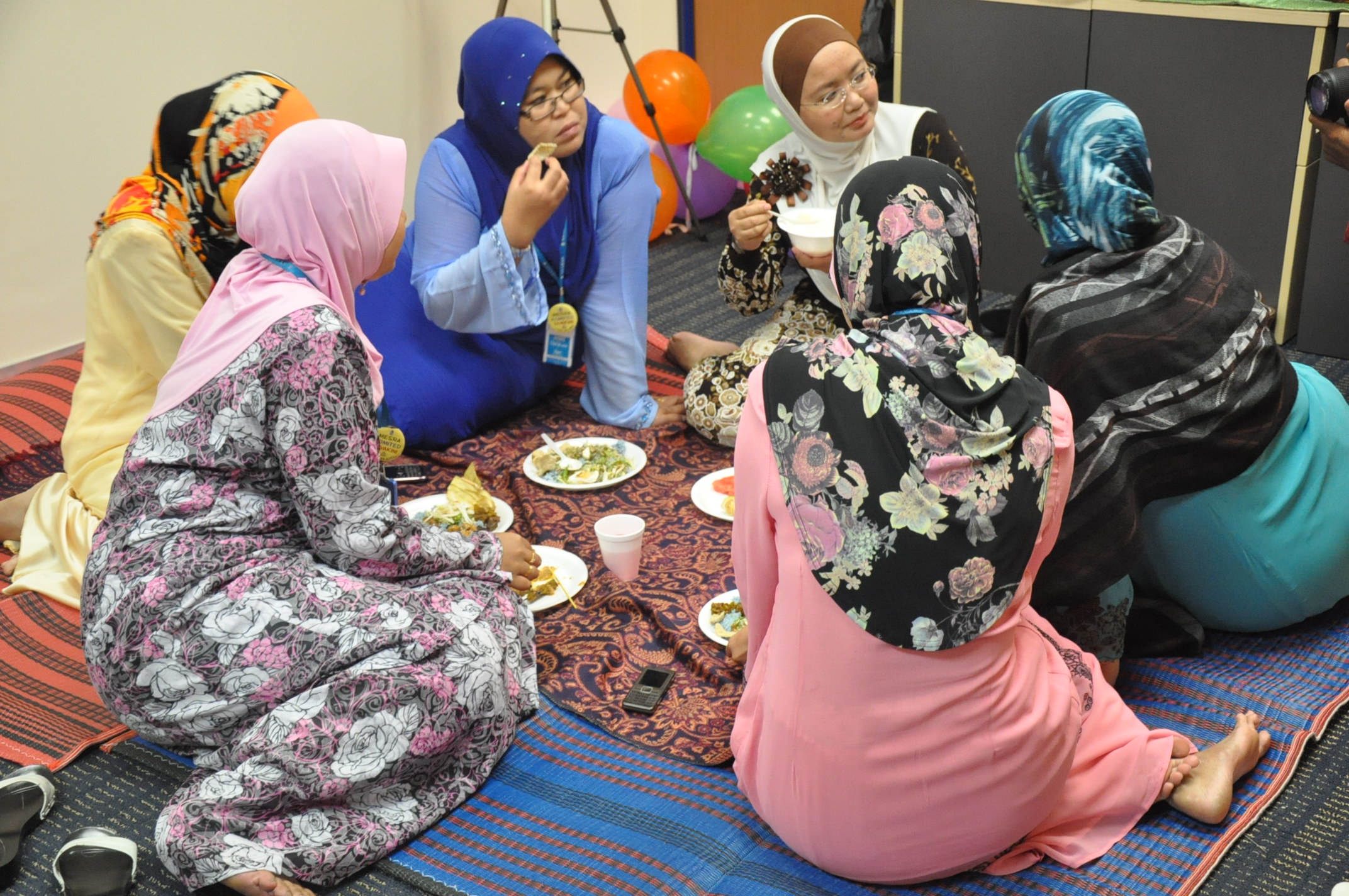 The newborn is given a name in seven days from the day of birth. As the child comes into the world, the grandfather or father whispers holy prayer in his/her ears, marking pure first listening. The parents may seek for suggestion from relatives, imam, or grandparents regarding the name, which is selected from the Holy Quran. ‘Aqiqah’, the naming ceremony overlooks thankful prayers to Allah, and gathering of relatives over a meal. Circumcision of male child may take place when he is four years of few weeks old. Baby gets a share of honey, symbolizing sweetness of life and prayer. The child’s hair is shaved and weighed, of which equal amount gold is expected from parents in charity. A feast graced by killing of two goats is undertaken. To thank Allah, one third of the meat is given to poor. 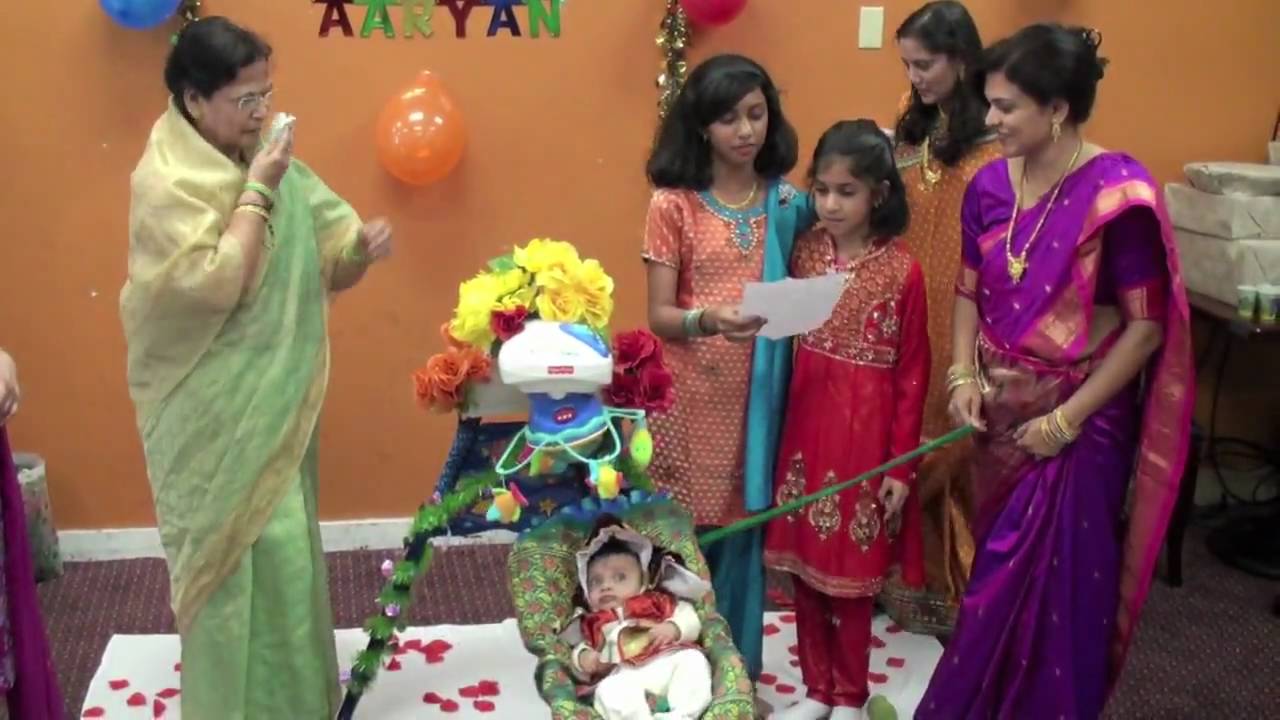 Throughout pregnancy the mother and unborn child is blessed by reading holy chants, and visits to temples. Occasional prayers are held over this period and recitation from religious scriptures note the final months before the birth. As the child is born, ‘Aum’ (symbol of Mahadev) is written on the tongue of toddler with honey. The pundit marks the initials of toddler’s name by calculating auspicious horoscope. From 40 days of birth, pundit blesses the youngling, as he showers holy water and wets the tongue of the same with sweetened temple water known as amrit. Elders bless the baby, and Prasad (holy offering) is distributed to those invited and the Brahmins. This completes the namkaran ceremony. 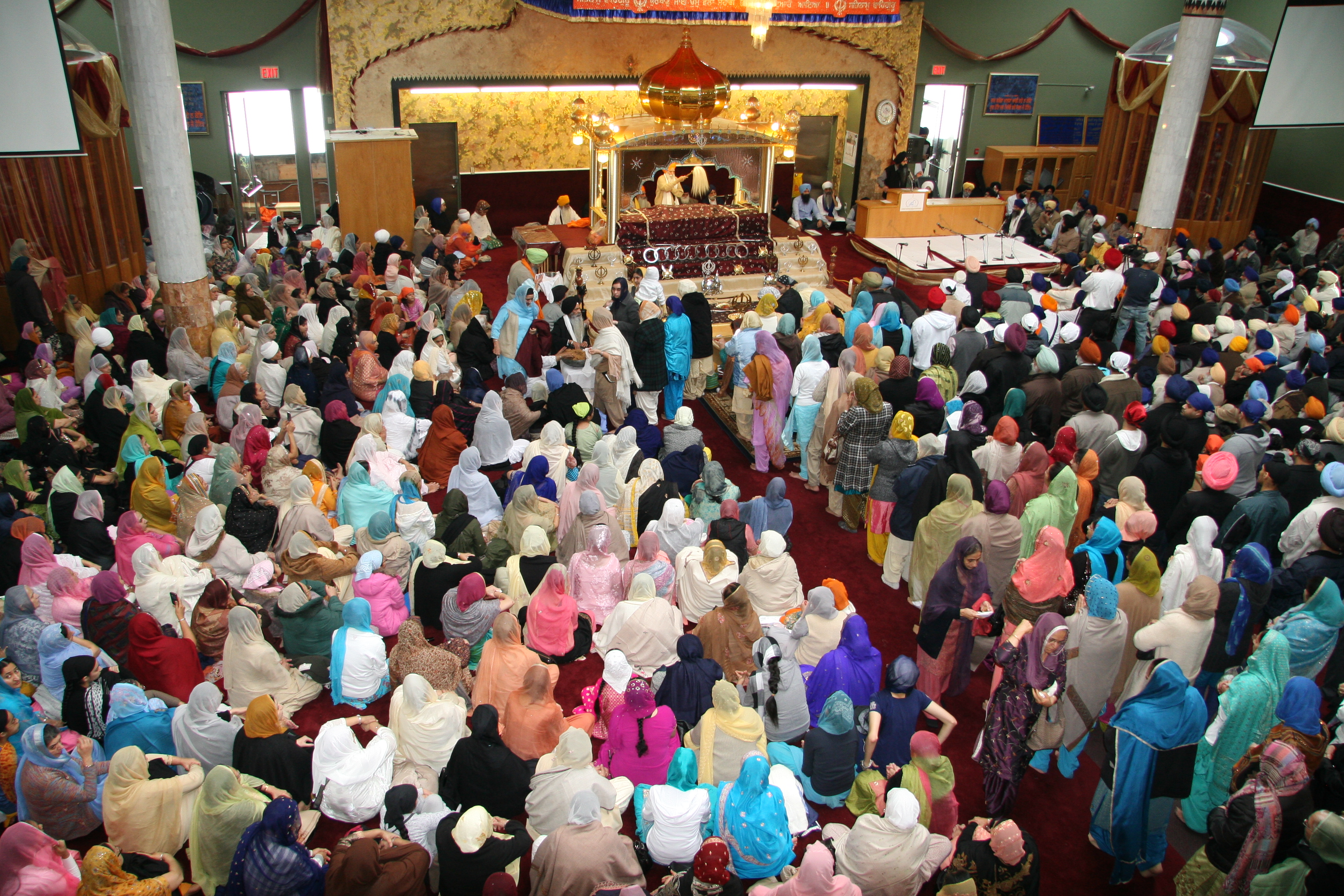 When the child is born, an elder from the family gives him or her drops of water and honey to taste. Recitation of a hymn, Japji Sahib by Guru Nanak is done. The baby naming ceremony is held at Gurudwara, the shrine of worship. From Siri Guru Granth Sahib, the holy book, a passage from random page at the left side of the book is read. The initial of baby’s name is the same as the first alphabet of the passage. Parents choose the name. The second name of girl is ‘Kaur’(princess) and for boys it is ‘Singh’ (lion). As a thanksgiving token, parents present ‘Rumalas’ (embroidered cloth of rich texture) to cover the holy book. ‘Kara prashad’, holy food offering made from clarified butter, sugar, and flour is given to people, a communal meal known as langar follows thereafter. ‘Kada’, a round steel bracelet signifying ‘no end’ is put on the right wrist of the toddler.

As the tribal tradition of Australian aboriginals goes, the baby is named during the birth process itself. The elders have a typical role here. The child gets the name of a living relative whose name is read by midwife, when birth sac is being removed from mother. Thus, a unique relation between the particular relative and newborn dawns the naming ceremony. After this ritual, dry leaves are put on fire by grandmother and mother of toddler, and the youngling is lifter near smoke released from burnt leaves. This tradition signifies seeking good health of newborn. 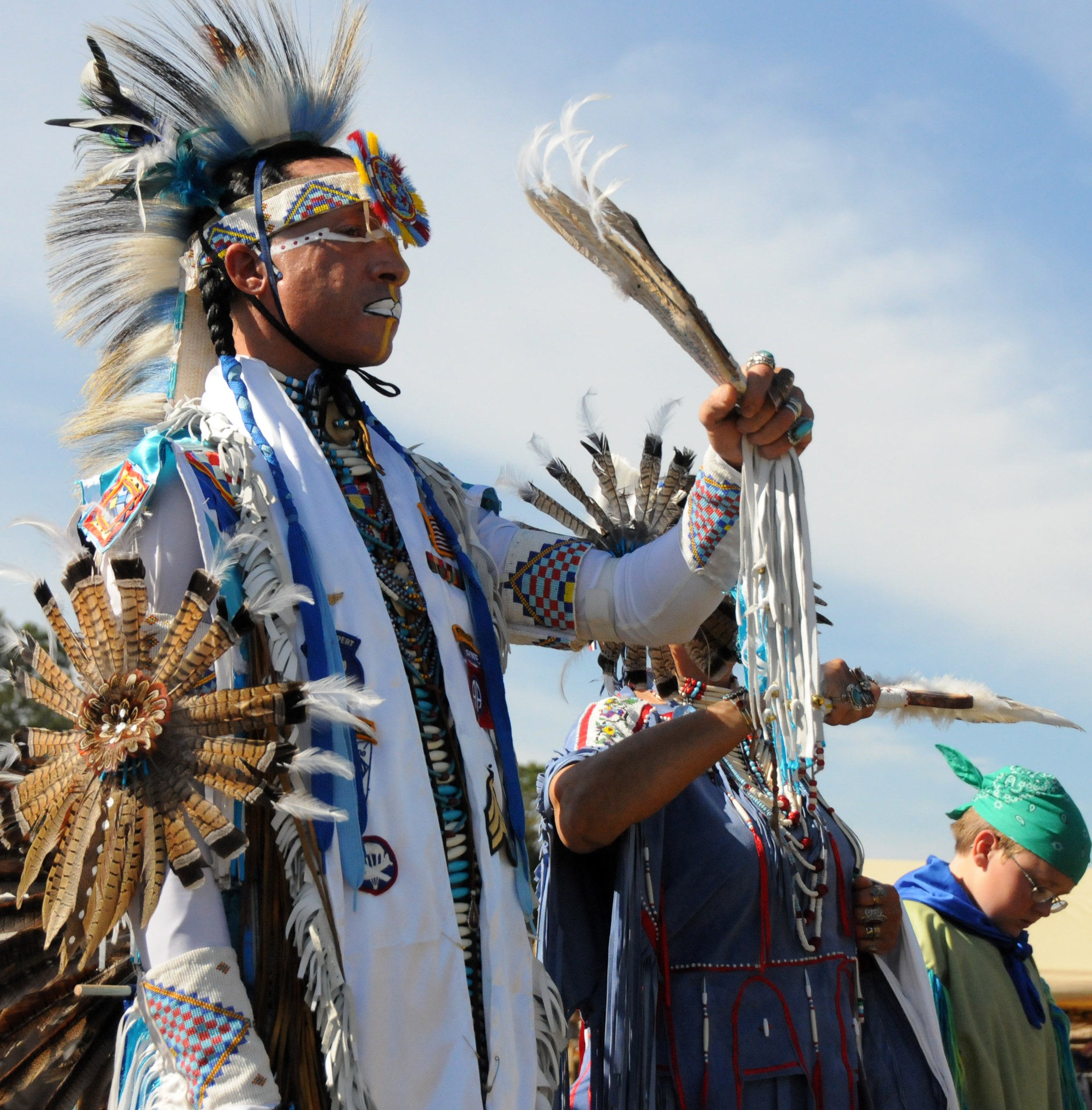 The naming ceremony is held after 20 days of child’s birth among Hopi tribe in southwest USA. As the time nears dawn, a mea prepared from lamb stew and corn is made on outdoor fire, while the toddler is bather with corn fiber brush. Hopis believe that corn is the insignia of life, therefore when guests come over, they rub flour made from corn on baby’s forehead. They also bring gift for the child, and stay over for celebration meal consisting of prior cooked lamb stew corn dish, while sitting on floor over traditional quilts. When the sun rises, the grandmother carries the toddler outside, and stands on ritual specific patchwork quilt. She announces the baby’s name, and everyone enjoys the day with family members. 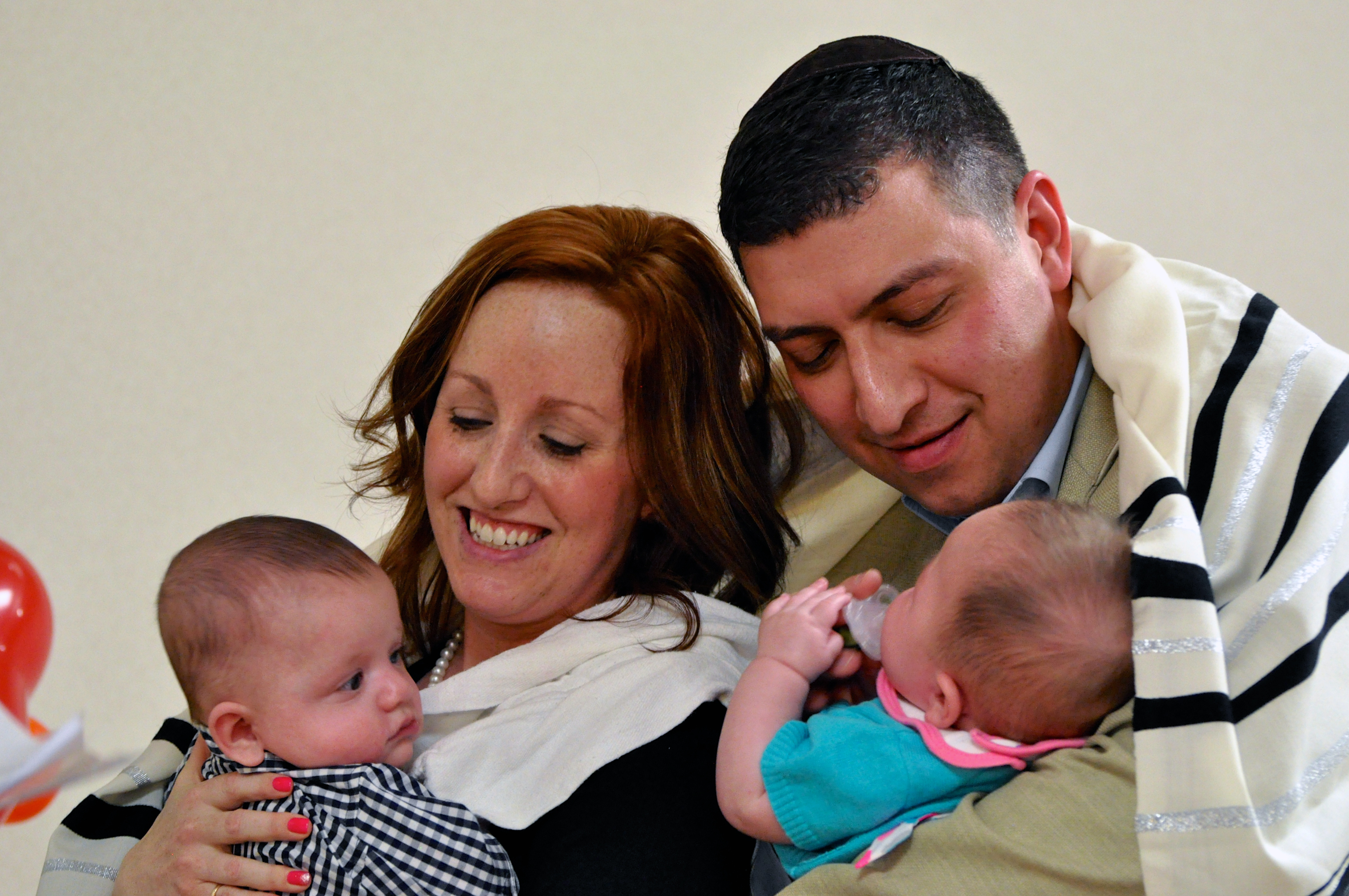 Official priest or doctor at naming ceremony, circumcises the Jew born boy which at the 8th day of birth. This tradition is carried out at local synagogue, where the mohel (priest), chants prayers along with the parents. Similarly, when a girl is born, the naming ceremony oversees offerings and prayers from each relative. Religious songs, lavish meal, toast and speeches regarding healthy childhood follow the tradition. Thereafter, the toddler is ushered into community circle and his/her name is called, as everyone rejoices. Planting a pine during girl’s birth, and a cedar tree while a boy is born, are ceremony’s necessity. The tree is later cut down when the boy or girl is getting married. A four-pole cover of marriage tent is made from the trees.

Natives from Greenland, Alaska, north Canada and Arctic zones hold baby naming ceremony ‘atiq’ ( ‘a’ means name and ‘tiq’ means spirit), when the toddler is a few days old. The aboriginals keep faith in reincarnation. Hence, the youngling receives name of a dead beloved relative, who may venture in dreams of the mother during pregnancy. The passed away relative may be even chosen randomly through prayers. If the child has a birthmark in a similar place as to a past relative, the particular one’s name is given to the toddler. It is said that the child may stop crying incessantly, once he/she is provided the atiq. The ceremony oversees group prayers by family members, local priest, and neighbors. 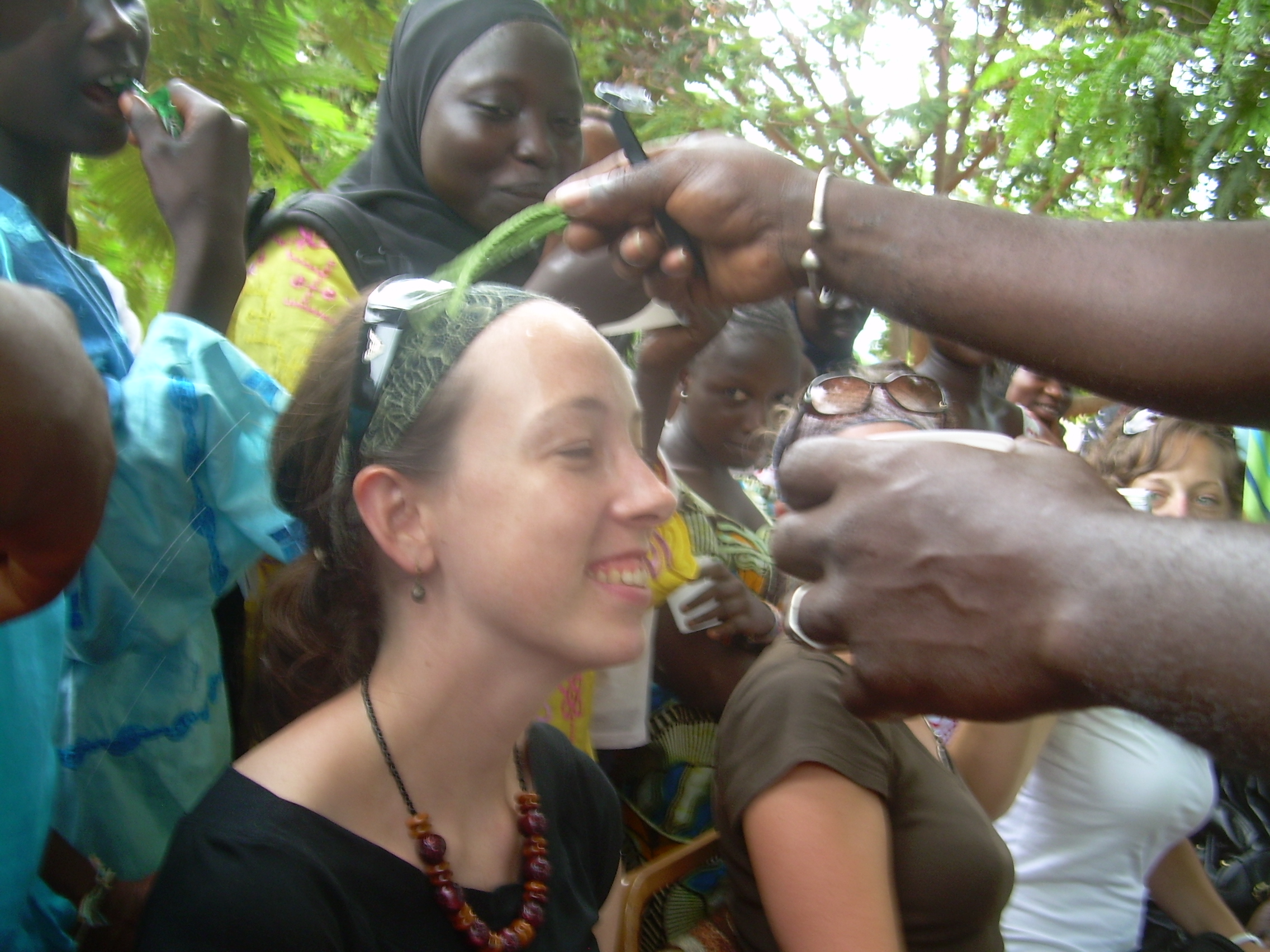 Couples getting married from different religions may have a special baby naming ceremony. Those who are fine on a consensual ceremony, bless the child with new name chosen by elders, or family members, if not parents. Social gathering of relatives and parents, recitation of stories, poems and songs, marks the celebration. Probably a priest from either of the two religions is invited and cared for, who blesses the child with good health and prays for the baby’s prosperous future.

Children in Japan are asserted with a long formal name near to adulthood, which they use outside family. However, a short name is given to toddler soon when he/she is born, which is utilized until teen years. When the child is a month old, priest waves a holy white paper and bamboo made object called tamagushi, above toddler’s head, blesses him or her in Shinto shrine.  This tradition ordains the child with prayers for a clean and healthy start of life. 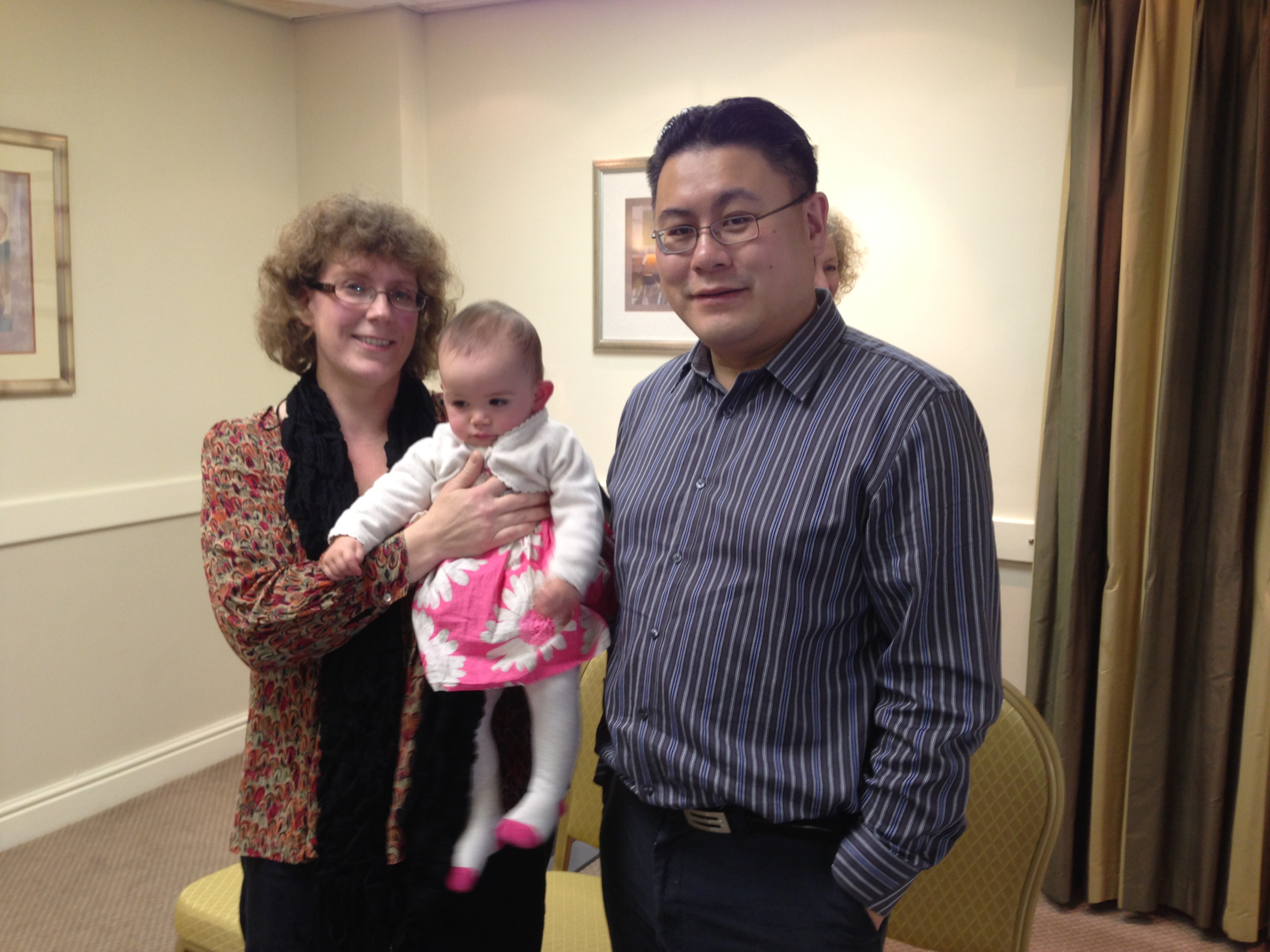 Parents only know the baby’s real name until 100 days pass after birth. The name is selected at moment of birth. However, formal tradition is carried after 3 months to uphold toddler’s survival stage. During initial 3 months a keepsake name is given to child to ward off evil spirits, as natives believe that toddler can be harmed during this phase if his/her real name is known to everyone. In the ceremony, people are invited, served tea and food. It is said that there are 24-generation name cycle in every family. The middle name is of the particular family’s generation title. 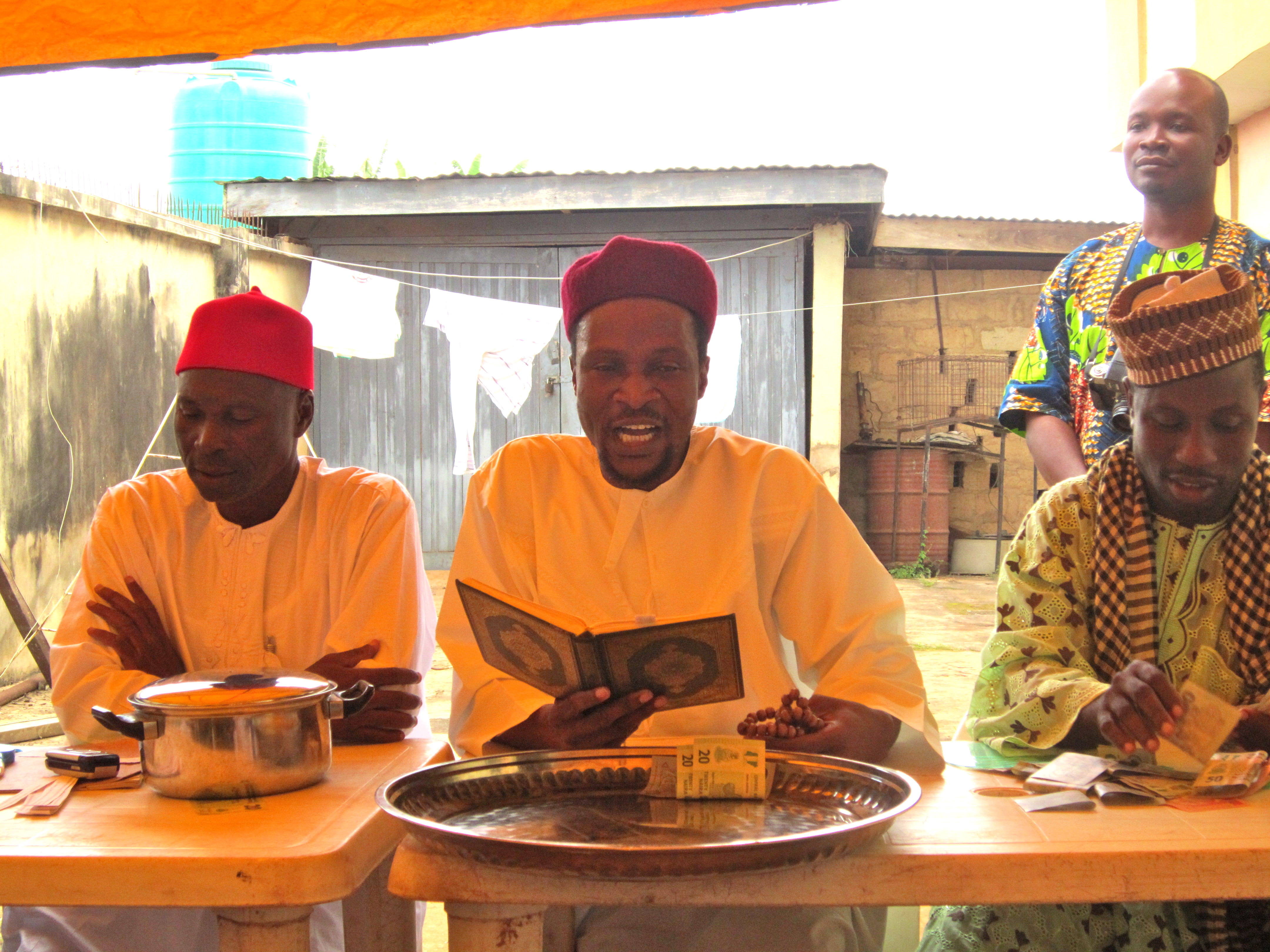 A Yoruba baby may have many names given by relatives at the time of ceremony. Parents may choose several pet names indicating hope and happiness of life. Some of the names may even signify circumstances around the birth. The baby girl is named after 7 days, whereas the boy after 9 days. Friends are relatives are invited, and they come in bright attires. Presents may include clothing and money. Musicians are hired to play drums, while elders read out poetry. The child gets to have a taste of honey that symbolizes sweetness of soul and life. The parents announce the child’s name. Relatives may also provide extra names. 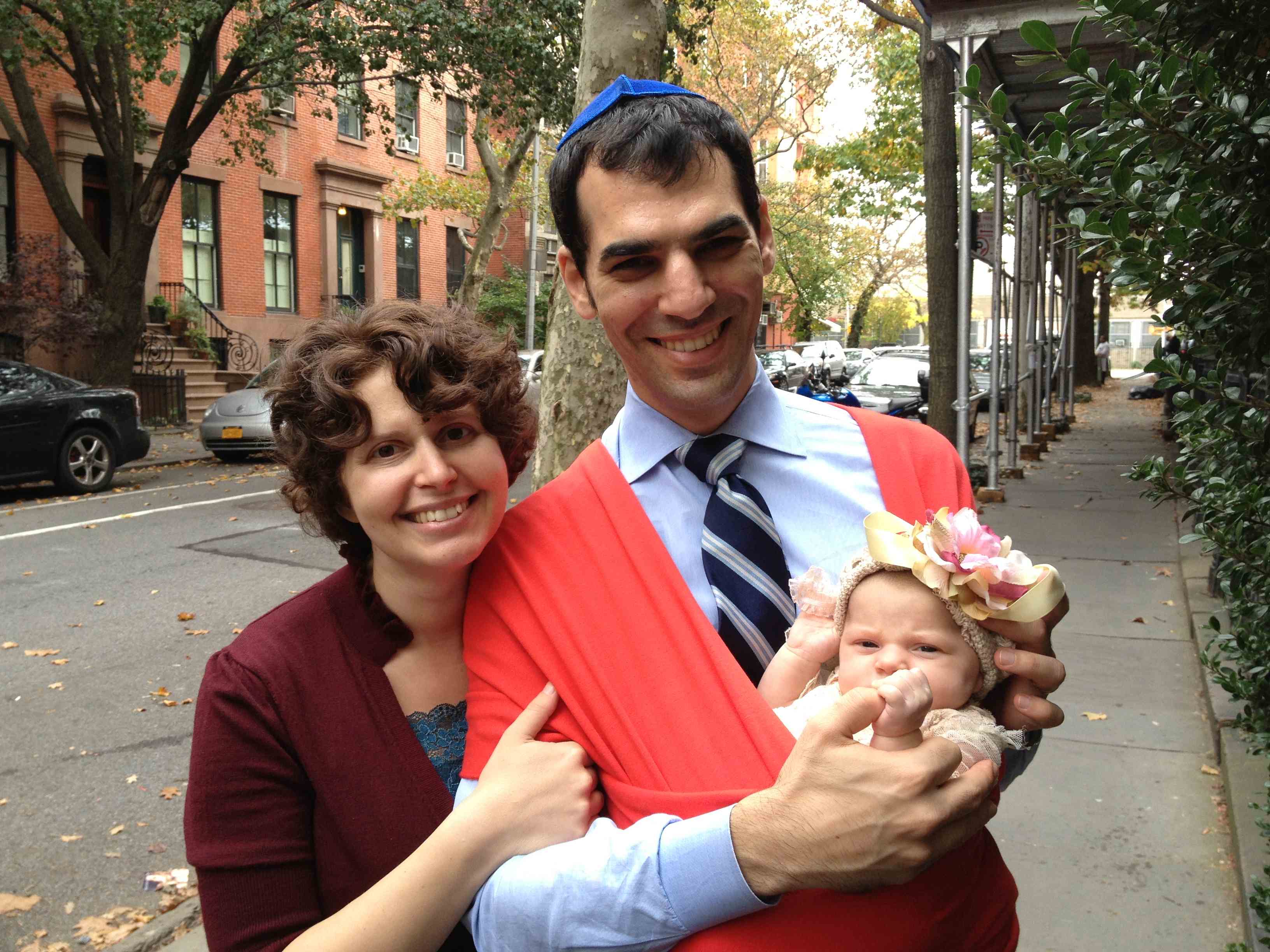 The child’s godparents play a major role in naming ceremony. They are among the parent’s close relatives, and chosen after a lot of thought, as the toddler is believed to inherit the good qualities of godparents. The girl has one godfather and boy has two, while the later has one godmother and former has two of them. The naming ceremony is carried after 9 days of child’s birth. This celebration is over two days and takes place at parent’s home, during which, the godparents give warm wishes and pledge to care, protect the toddler. The godparents choose a name for the kid, and make a cradle, placing a gift inside for the godchild. Those invited cheer and merry over food, bring tokens and gifts, as they participate in song and dance along with family members. The guests put on fine attire, and speak on joyful topics, while the child is laid in cradle made by godparents.

For a newborn girl nut trees, and for boys apple trees are planted in Switzerland. Those with Kenyan and Swahili as native language are given names resembling their appearance by elderly relatives at the time of birth. After 40 days, the grandparents and parents choose an adult name for the toddler. In few African naming ceremonies, names are scribbled on pieces of paper. The first piece touched by baby, is the name chosen. Sometimes a coconut is broken, and the child is sprinkled with milk. The elders then pray to God, seeking wellness for the toddler.

When a toddler is born in Peru, the birth is celebrated by drinking a beer ‘Chicha’, made from maize. Similar celebration takes place when the girl’s ears are pierced and the boy gets his head shaved for the first time. In Akan Ghanaian ceremonies after 2 days of child’s birth, the name is chosen by father or respected relative. The name is generally an attribute, which the elders hope the baby would be like in future. FYI, there are several baby name generators available too!

I hope you all enjoyed this journey through myriad baby naming ceremonies. Next time you meet a person from a different part of the world, travelling with a newborn, you may strike a cordial conversation on this theme.